About the Tate Geological Museum

We are located on the Casper College Campus in Casper, Wyoming.

To find us, type in “Tate Geological Museum” and Google Maps  will take you straight to the museum.

If you type in our address,  “125 College Drive”, Google Maps will take you to the center of campus. To get to the museum from there, go south (uphill) from the gym on Lisco Dr. (the campus access road). The Tate Geological Museum will be on the right at the top of campus. You should pass 2 other buildings before you’ll get to the Tate. Look for the life size T. rex statue in front of the museum. 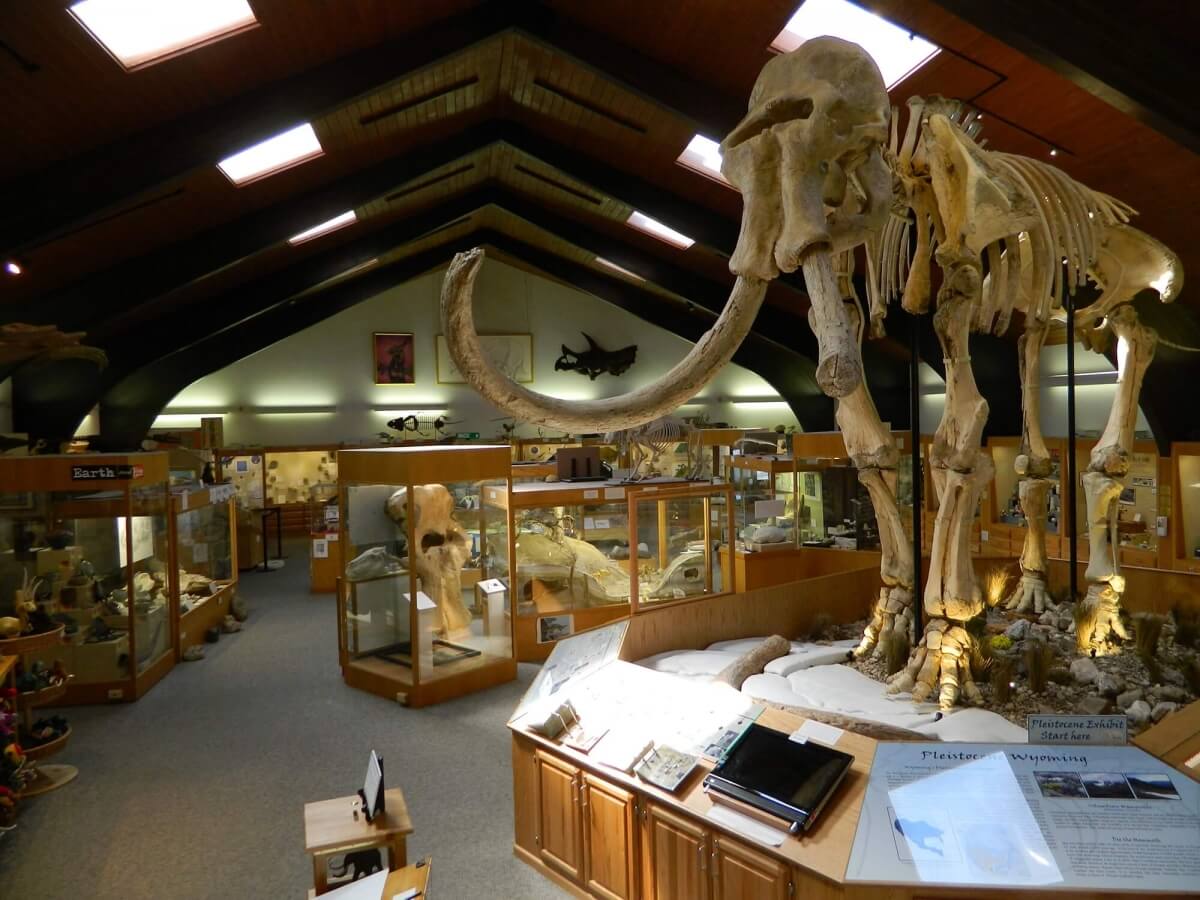 Located on the Casper College campus, the museum is a great resource to the community. Many local schools and groups come to the museum to add to their students learning experience.

One of a minute number of geology and paleontology museums in Wyoming, the Tate houses a collection of over 6000 fossil and mineral specimens. Museum staff are always on hand to answer questions, help identify items visitors bring in, and make your visit to the museum an enjoyable experience. The Tate is certainly a great addition to anyone’s list of ‘must see sites’ when traveling through Wyoming. 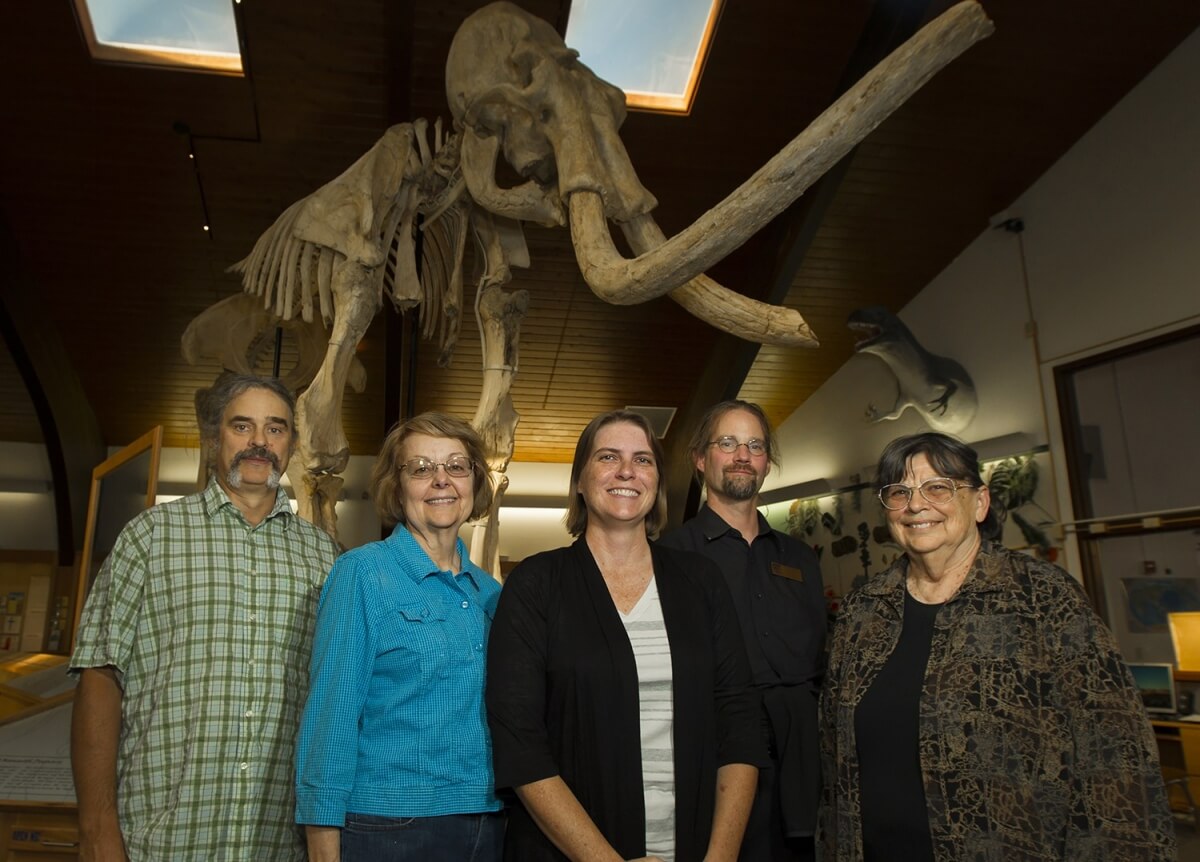 Patti Wood Finkle is the Director of Museums at Casper College, overseeing the Tate Geological Museum and the Werner Wildlife Museum. She graduated from Texas Tech University in 2009 with a Master’s degree in Museum Science, with a focus on exhibits and collections. Her undergraduate degree in Anthropology is from Texas A&M University where she focused on the curation of archaeological collections. Patti has helped the museums update old exhibits and install new ones, most notably the Pleistocene exhibit, featuring Dee the Mammoth and the Taxidermy exhibit at the Werner. While teaching Collections Management is one of the ways that she stays current in the museum field, she is also active with Mountain-Plains Museums Association. She is a past board member,  and is the current chair of the MPMA Scholarship Committee.

Russell graduated from the University of Colorado in 1991 with a degree in fine art. His artwork has appeared in the America’s Smithsonian anniversary traveling exhibition, in “Islands in the Cosmos: The Evolution of Life on Land” by Dr. Dale A. Russell, in “Oceans of Kansas” by Michael Everhart, and several issues of Prehistoric Times magazine. Aside from being the Tate Geological Museum’s Educational Specialist, Russel also gives tours, writes articles for the museum newsletter, and produces illustrations for the museum displays.

J.P. is the Field Operations Specialist, Collections Manager and Prep Lab Manager for the museum. JP came to Casper in 2004 from Laramie. Before coming to the Tate, he worked on and off in paleontology for 14 years, doing field work as well as a two year post as the collections manager for the University of Wyoming Department of Geology and Geophysics. He has had the good fortune of having been invited to join international paleontological expeditions to Mongolia, Niger (twice), Tanzania (twice), northern Alaska and North Dakota. In his spare time JP collects fossils, watches birds and plays hockey.

Vivian has broad experience in non-profit administration, with a focus on museum front desk operations and gift shop management. Her work experience includes several years as Director of Museum Stores for the Colorado Historical Society, and also working at other regional museums in Wyoming and Colorado. She has an engineering degree from Colorado School of Mines in Golden, Colorado.

Melissa has been a student of Earth Science all her life. She joined the Tate Geological Museum crew in 1992 as a volunteer while going to school full time. She has worked her way up from being a volunteer, lab manager, geology instructor, and Director to Curator. Melissa loves to discover new things and promotes an appreciation for the natural world. She has a Master’s Degree in Geology with an emphasis in stratigraphy and paleoecology. She has worked in the field for 16 years with various institutions. Although she has a special fondness for sauropods, she delights in the study of any rock or fossil and shares that enthusiasm with her students and colleagues.