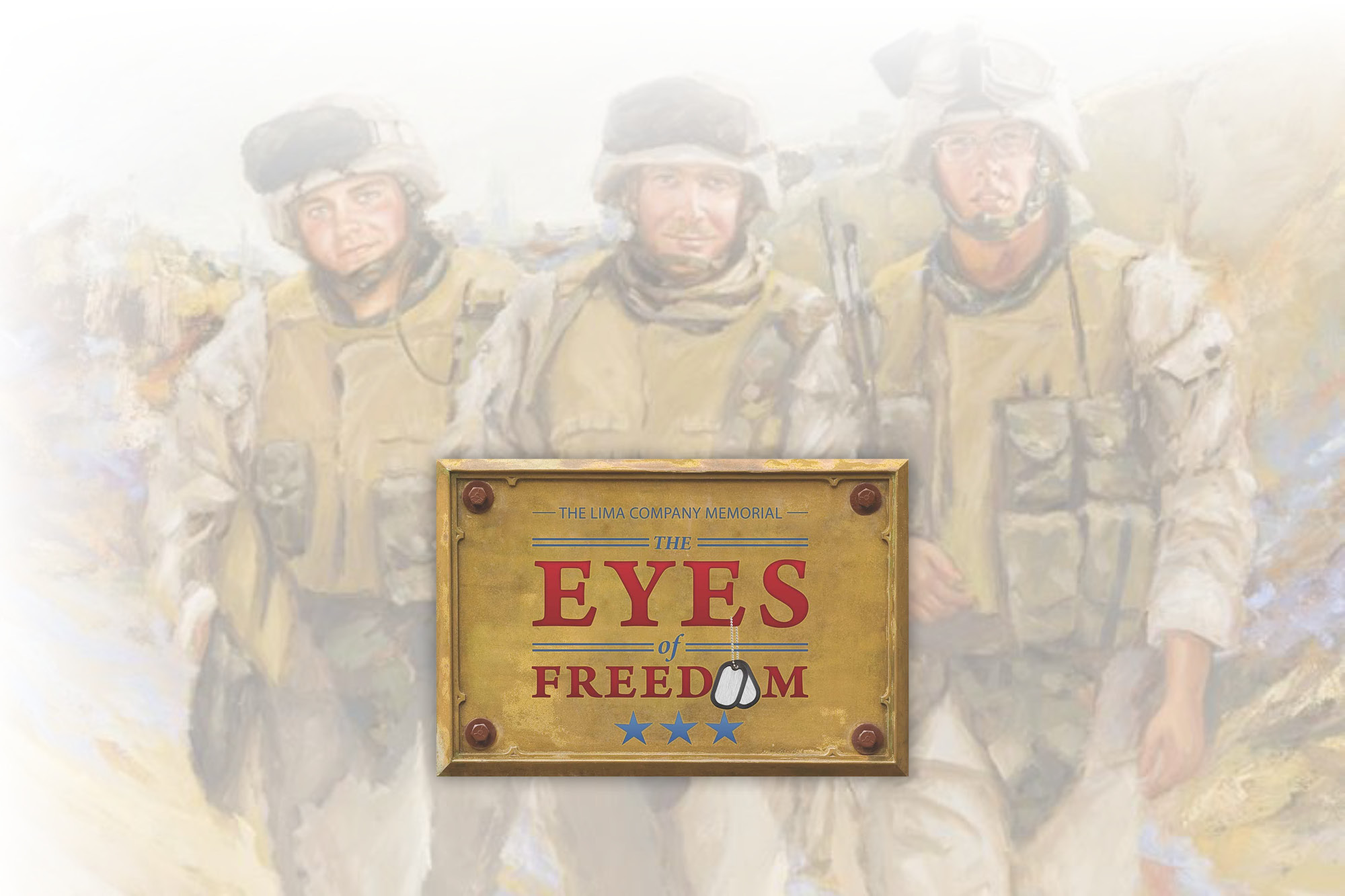 The escort for the memorial to the Casper College campus will start at the Hat Six Truck Stop beginning at 3:30 p.m. on Saturday, June 18. The memorial is free and open for viewing from Sunday, June 19, through Friday, June 24, from 8 a.m.-9 p.m. each day.

On Monday, June 20, the opening ceremony will be at 5:30 p.m. on the second floor in the Chapman Lobby in the Nolte Gateway Center, and refreshments will be served.

On Tuesday, June 21, the Military Appreciation barbecue will be held at the Nolte Gateway Center lower parking lot from 5:30-7 p.m. “All veterans, active soldiers and their families are invited to enjoy a free barbecue dinner in conjunction with the Eyes of Freedom exhibit at Casper College,” said Nick Whipps, veteran and military student services coordinator.

During the barbecue, activities will be provided for kids, and there will be prize giveaways. The Military Appreciation barbecue is sponsored by HF Sinclair Refinery, Hunting with Heroes, and Project Healing Waters.

The memorial display will feature eight life-sized paintings of the 23 fallen Marines and Navy Corpsman of Lima Company 3/25, along with their own boots, which stand at the base of their portraits. Lima Company is a Marine reserve unit and remains one of the hardest-hit units during Operation Iraqi Freedom. A life-sized bronze “Silent Battle” is also part of the memorial and features blank dog tags for visitors to write the names of their loved ones on. According to The Eyes of Freedom website, the sculpture was created “ … to recognize the struggles that some veterans have when they return home from service,” according to The Eyes of Freedom website.

Both the paintings and bronze were created by artist Anita Miller. The paintings were unveiled at the Ohio Statehouse Rotunda in May 2008, where they stood for six months before they began to tour the country. “Moving from town to town and city to city, The Eyes of Freedom rallies the public around one common theme, saluting our great military and their families who also sacrifice with their commitment,” said Mike Strahle, a former Marine member of the unit who was wounded in action. Strahle joined the memorial team in 2012 and renamed the tribute the Eyes of Freedom and now serves as director of the exhibit.

The Nolte Gateway Center is on the Casper College campus.