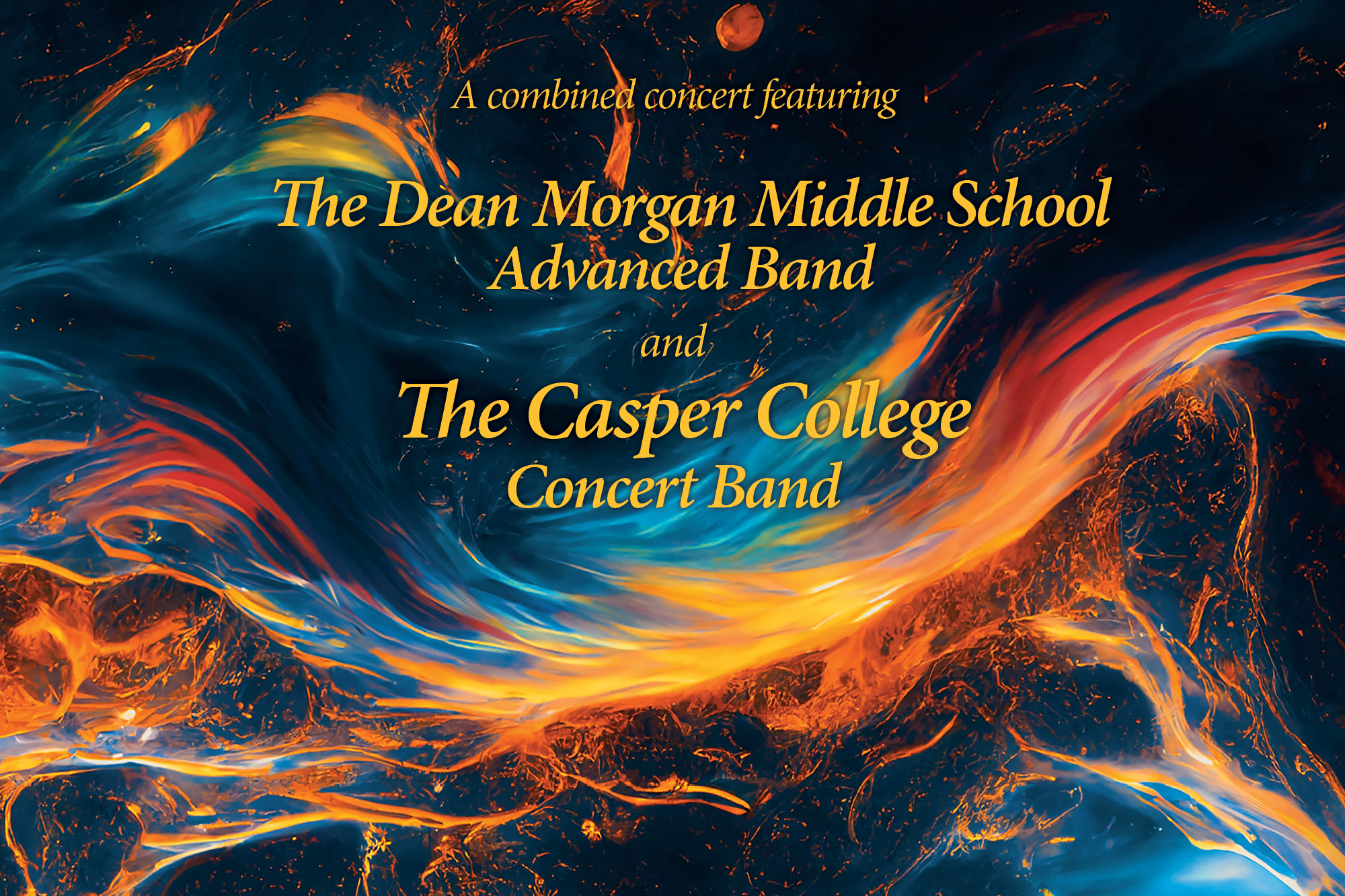 The Dean Morgan Middle School Advanced Band and the Casper College Concert Band will be in concert on Friday, Nov. 18, at 7 p.m. in the Wheeler Concert Hall.

“The concert is intended to inspire young people who may have an interest in band music to start playing or who may have left band music and need a gentle push to return or have always enjoyed it,” said Joshua R. Mietz, DMA.

The two bands together will perform two pieces, one from William Whiting and the other from Robert W. Smith.

The Casper College band, under the direction of Mietz, will perform John Phillip Sousa’s “The Liberty Bell” and “The Thunderer,” James Horner’s “Music from Apollo 13,” and Vincent Persichetti’s “Divertimento for Band, Op. 42.”

“We are hoping to inspire our young musicians to keep playing and our older musicians to mentor the younger ones,” Mietz noted.

The concert is free and open to all. The Wheeler Concert Hall is located in the Music Building on the Casper College campus.