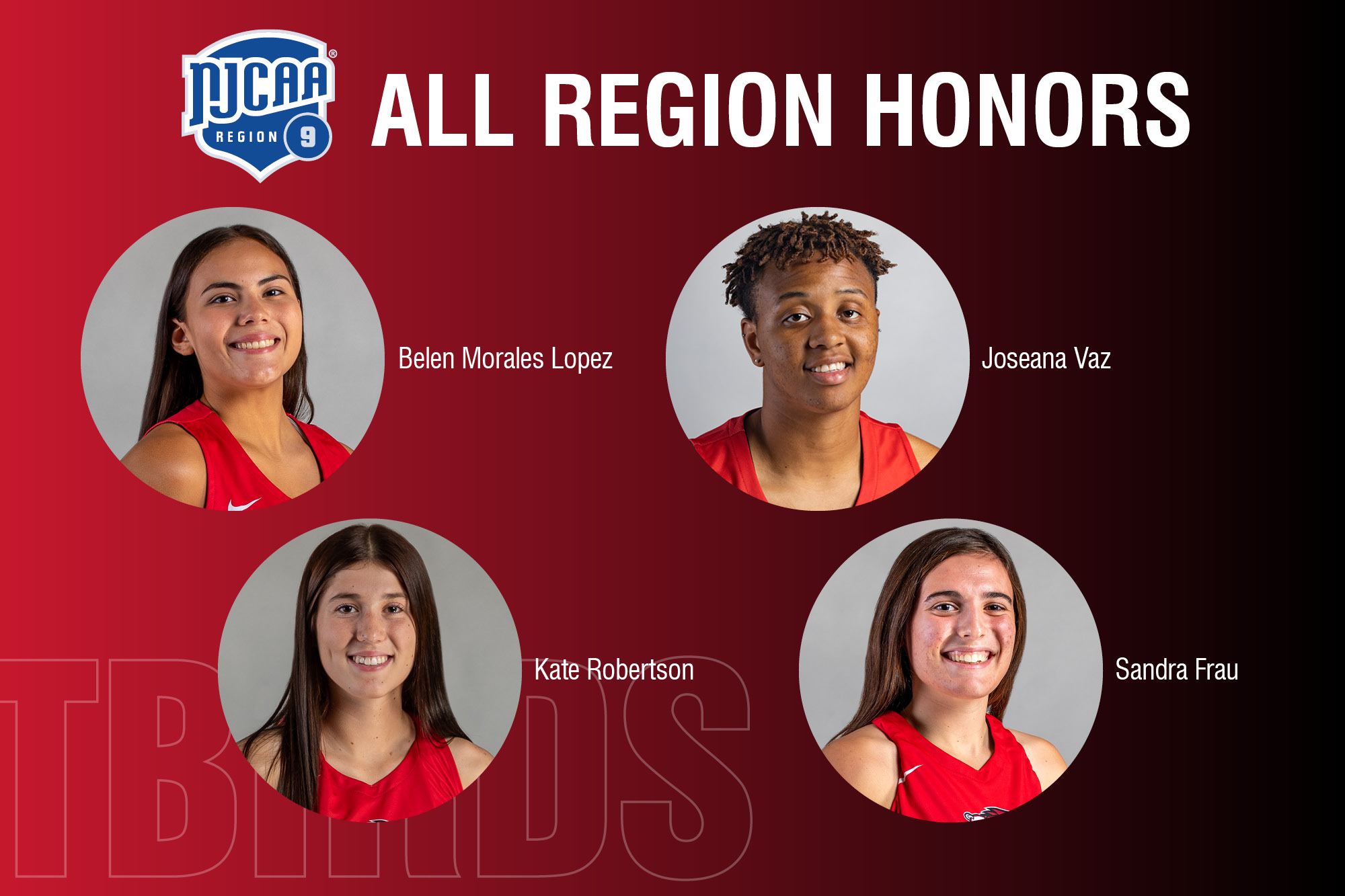 Four players from the Casper College Lady Thunderbirds basketball team have been named to the 2021-2022 North All-Region IX team.

Those named to the North All-Region IX Tournament Team for their high level of play during the Region IX Tournament include freshman Sandra Frau Garcia, a 5’7” guard from Pego, Alicante, Spain and sophomores Belen Morales Lopez, a 6’0” post from Pego, Alicante, Spain; Kate Robertson, a 6’2” forward from Casper and a former standout player for Natrona County High School; and Joseana Vaz, a 6’0” guard from Praia, Cape Verde.

For their success during the regular season and voted on by North Region IX coaches were Garcia, Robertson, and Vaz. The three received the recognition for their consistent play throughout the entire season.

“I believe it is a great honor for them to be recognized, and as their coach, I know they are very deserving. They represent Casper College very well on and off the court. I love my job because I get to know tremendous individuals,” said Head Coach Dwight Gunnare.