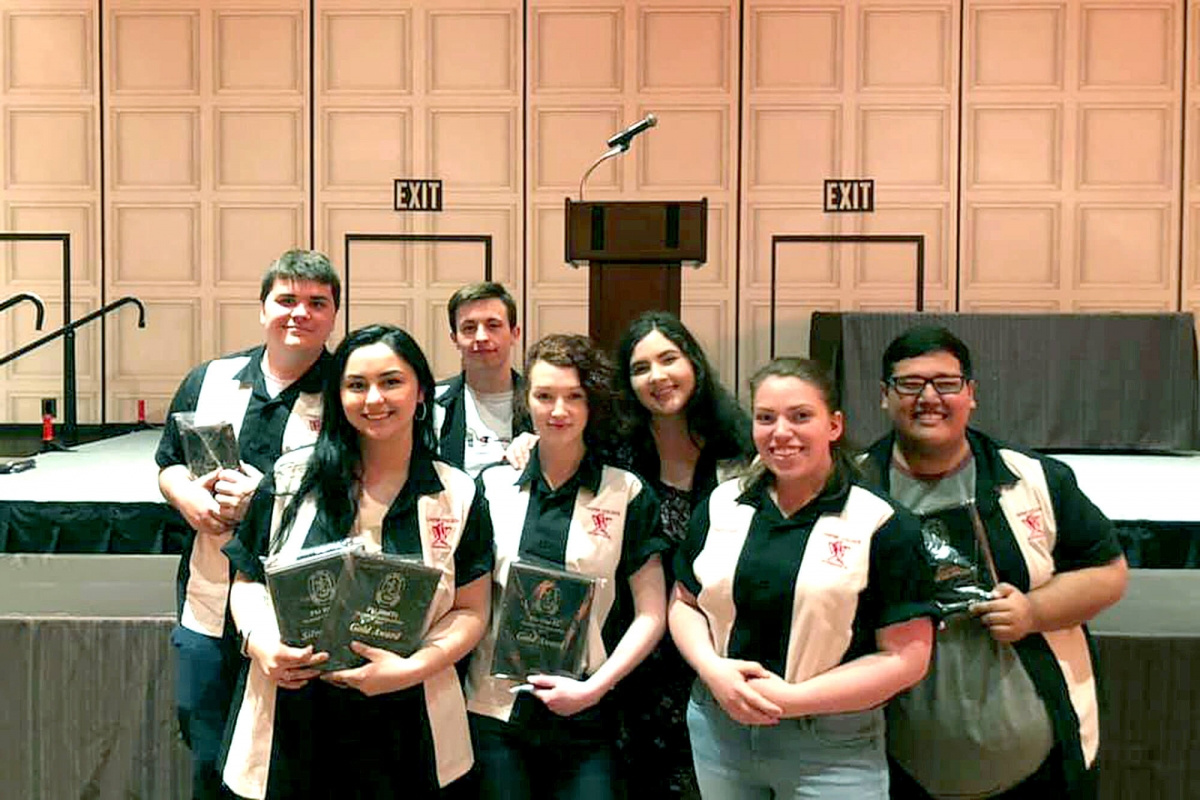 “The coaching staff couldn’t be prouder of these students. All of their talents and hard work shined bright against the nation’s top two-year forensics competitors. This tournament, and this activity, are not for the weak of heart and our students proved to us during this national tournament that they deserve to be considered among the very best,” said Doug Hall forensics team head coach and communication instructor.

Individually, Carter Dunn, Casper, was a gold medalist in extemporaneous speaking, and impromptu speaking, and a gold medalist and top speaker in international public debate. In the international public debate category, Dunn beat out 156 other debaters. He received a bronze medal in informative speaking and third place out of more than 350 students in the Bovero-Tabor Individual Sweepstakes.

Chloe Adkins, also from Boxelder, was a gold medalist and top speaker in international public debate.

Thayne Macy, Casper, was a bronze medalist in both international public debate and extemporaneous speaking.

Overall the team took silver medals in debate events and overall, and a bronze medal in individual events.

Hall was also recognized at the nationals with the Phi Rho Phi Service Award for his service to Phi Rho Phi during his time as a student and in the past six years as a coach. “It is special, and I’m flattered to have won it,” said Hall.