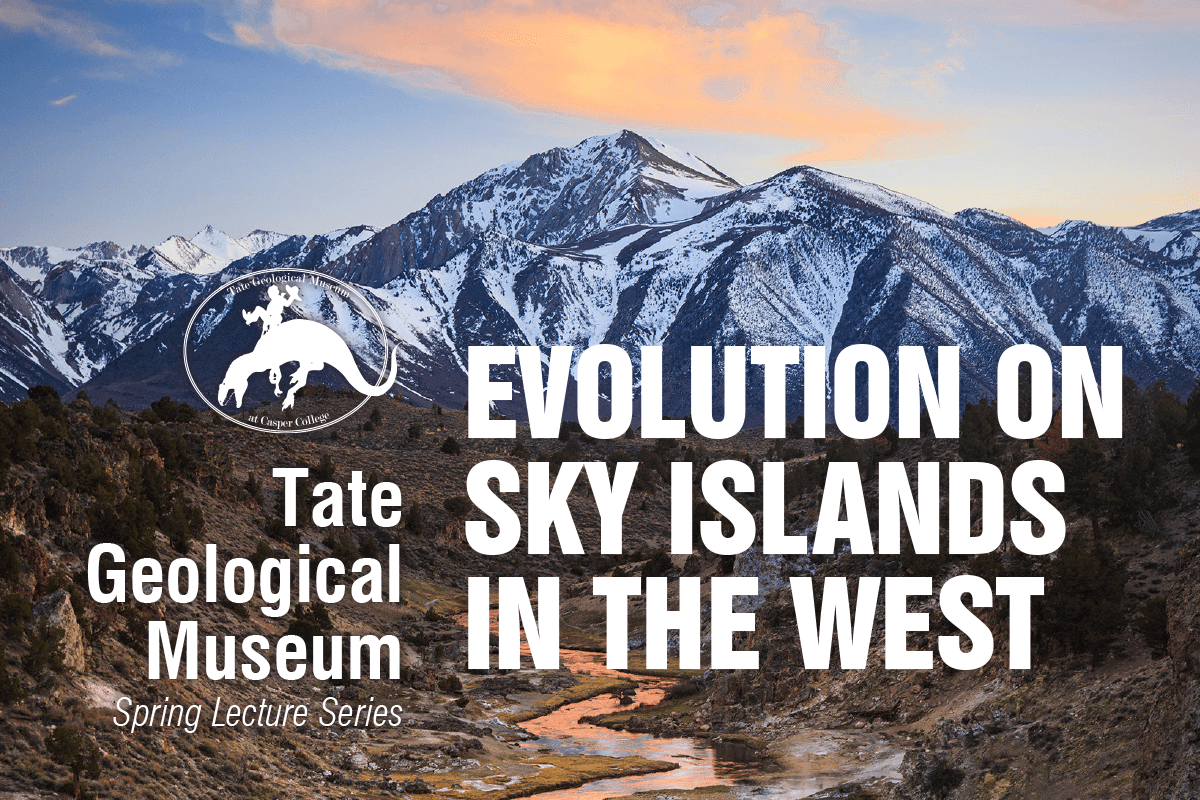 For the second time, a lecture featuring Craig Benkman, Ph.D., professor and Robert B. Berry Distinguished Chair in Ecology at the University of Wyoming has been canceled due to weather. The lecture, scheduled for March 28 has now been moved to Tuesday, April 23.

“Islands of Evolution” is the title for the 2019 Tate Geological Museum Spring Lecture Series.

The new date for the first lecture is Thursday, March 28 and will feature Craig Benkman, Ph.D., professor and Robert B. Berry Distinguished Chair in Ecology at the University of Wyoming. According to Benkman, islands have long served as natural laboratories for studying evolution. “One reason islands are so informative is that the composition of biological communities often varies from island to island,” he said.

Scientists studying evolution can “tease apart the ecological and evolutionary impacts of different species” in differing communities in otherwise similar environments. In particular, Benkman will focus on the Intermountain West where, he said, American red squirrels have not colonized isolated mountains or sky islands in the Great Basin due the intervening and extensive sagebrush steppe.

“The contrast between much of the Rocky Mountains having red squirrels and the sky islands lacking them has allowed me to both tease apart the effects of the red squirrels and how mammals, even very small ones, seem to dominate most ecosystems relative to birds. These comparisons have also revealed how, in the absence of red squirrels, another conifer-seed-eating animal, the Red Crossbill (a type of finch) became engaged in a coevolutionary arms race with lodgepole pine causing the evolution of a distinct species of bird – the Cassia Crossbill,” said Benkman.

Benkman’s lecture was originally scheduled for March 14 but was postponed due to a heavy spring snowfall.

The second lecture on Thursday, April 11 will be presented by Justin Wilkins, geospatial technician at The Mammoth Site of Hot Springs, South Dakota.

The final presentation will be on Thursday, May 9. Felisa Smith, Ph.D., and professor of biology at the University of New Mexico.

All presentations in the lecture series will begin at 7:30 p.m. and are free and open to the public. All lectures will take place in the Wheeler Auditorium, Room 103, in the Wold Physical Science Center located on the Casper College campus.