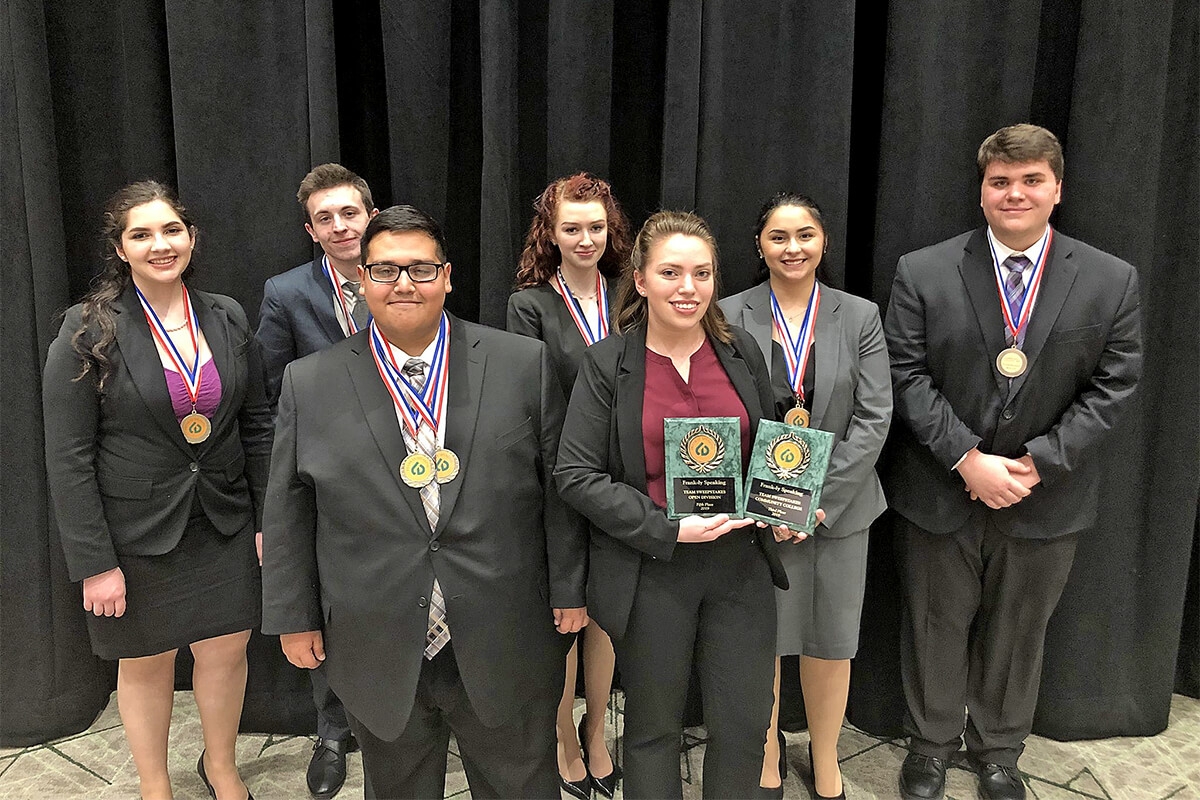 The two-day event featured 16 colleges and universities competing in both an international public debate tournament and an individual events tournament. “This tournament was our biggest of the season so far, and our debaters represented Casper College well,” said Doug Hall, forensics head coach and communications instructor.

According to Hall, the International Public Debate tournament consisted of four preliminary rounds. Eight slots were available for those debaters who “broke” to a quarterfinal round. Three Casper College debaters – Chloe Atkins and Jae Fletcher both from Boxelder, South Dakota, and Carter Dunn, Casper, – “broke” to the quarterfinal round and of those three, Atkins and Dunn went to the semifinal round. “Those two debaters won their semifinal debates which meant they both advanced to the final. Traditionally, debaters from the same team do not debate one another, so in this case, this is called a ‘close-out.’ It’s very impressive when a school can do this,” said Hall, adding, “The students also accumulate speaker points during their preliminary rounds, and Top Speakers were then awarded.” Top speakers in the International Public Debate were Dunn, first place; Adkins, second place; and Thayne Macy, Casper, third place.

The team placed fifth in the open division and third in the community college division. “Of the events we traveled to the tournament 65 percent of them ‘broke’ into finals and out rounds. This is a remarkable number. The coaching staff is very proud of these students, especially considering that we came off of a month-long hiatus and immediately got back into competition. We have an impressive group of young people,” noted Hall.