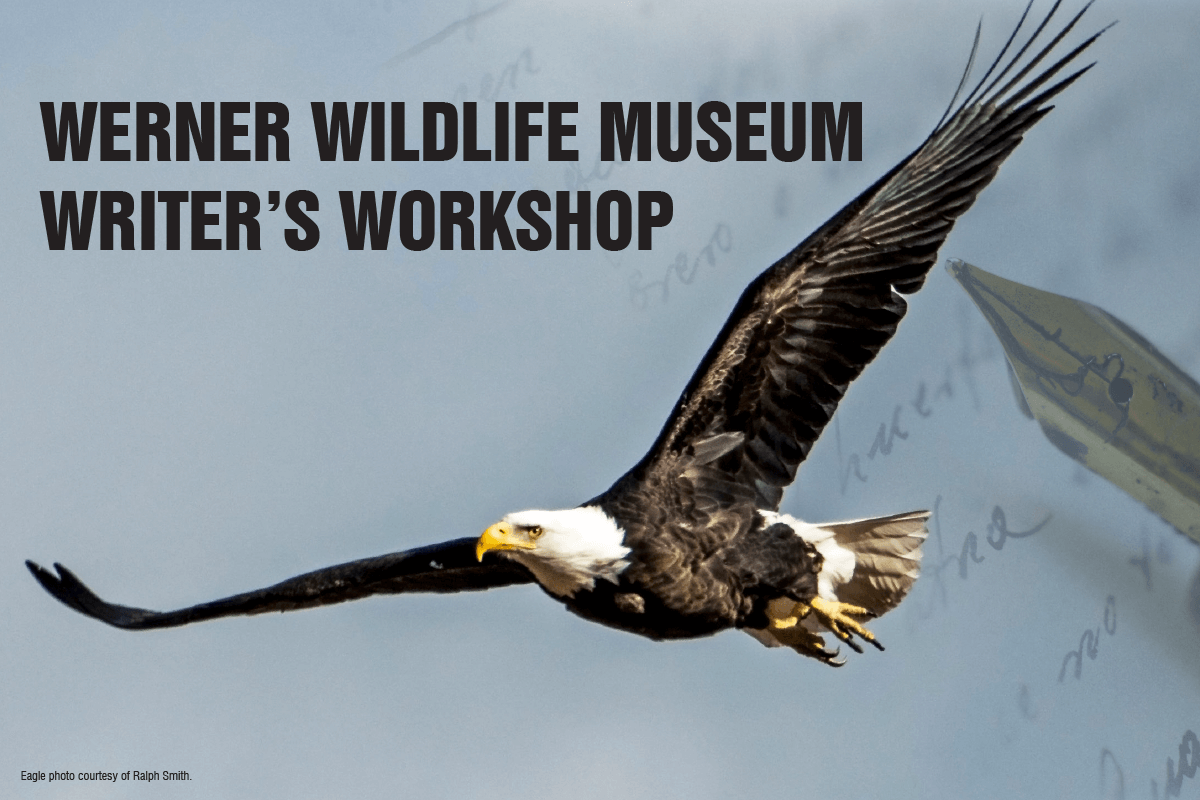 Three award-winning Casper College instructors will be featured in the first-ever Werner Wildlife Writer’s Workshop during the spring 2019 semester. The workshops are free and open to the public.

According to Patti Finkle, the workshops will be a way for writers of all genres and levels of experience to “jump start their creativity with Casper College instructors who will help them explore the ways writing can help navigate and capture their experiences.”

The first workshop will be led by English instructor David Zoby on Tuesday, Feb. 5. Titled “Sell Your Writing Without Selling Out” the workshop will “focus on how to take an idea from inception and sell it to editors,” said Zoby. During the workshop, Zoby will show some of his work and his interactions with editors that brought the work to fruition. “While I publish in some of the hunting and fishing magazines, I try to keep my work true to my beliefs about conservation. It doesn’t always work out. I will show examples of when editors could not publish my work because they were afraid of the fallout from their advertisers,” he said.

Zoby is the co-author of “Fire on the Beach” and author of “Fish Like You Mean It.” A prolific outdoor essayist, Zoby’s articles have appeared in Gray’s Sporting Journal, The Flyfish Journal, Fish Alaska, Ninth Letter, The Sun, and others. “Fish Like You Mean It” is a collection of his fishing and hunting essays. In 2014, he won the Jeffery E. Smith Editor’s Prize for nonfiction from The Missouri Review.

On Tuesday, March 5 English instructor Cara Rodriguez will speak on “erasure” … a poetic technique that creates new poems by erasing or marking out words from an already existing text,” she said. Rodriguez noted that during her workshop, titled “Constructive Deconstruction” she “… will give some hints for how to go about the process and give participants plenty of time to create their own pieces.”

Rodriguez was awarded the 2018 Creative Writing Fellowship in Poetry from the Wyoming Arts Council and has been published in Clerestory, The Found Poetry Review, and Inscape.

The final workshop will take place on Tuesday, April 2 and feature Chad Hanson, sociology and social work instructor. During Hanson’s workshop “Don’t Stop the Dance: Prose, Poetry, and the Rhythm of Nature” participants will explore the prose poem as a genre. “We will experiment with changing the pace, timing, and lyrical qualities of sentences,” he said.

Hanson’s last book of poetry, “This Human Shape” (2016) was one of seven finalists for the Association for the Study of Literature and Environment Book Awards for 2017 in the “Creative Writing” category. He was awarded a 2014 Creative Writing Fellowship in Creative Nonfiction from the Wyoming Arts Council and was an honorable mention for the 2019 Creative Writing Fellowship in Poetry from the council. Hanson also won the David Martinson – Meadowhawk Prize in 2013 from Red Dragonfly Press, which resulted in the publication of his first book of poems, “Patches of Light.”

In addition to his two books of poetry, Hanson is also the author of two nonfiction works: “Swimming with Trout” and “Trout Streams of the Heart,” and two research works: “In Search of Self: Exploring Student Identity Development” and “The Community College and the Good Society.”