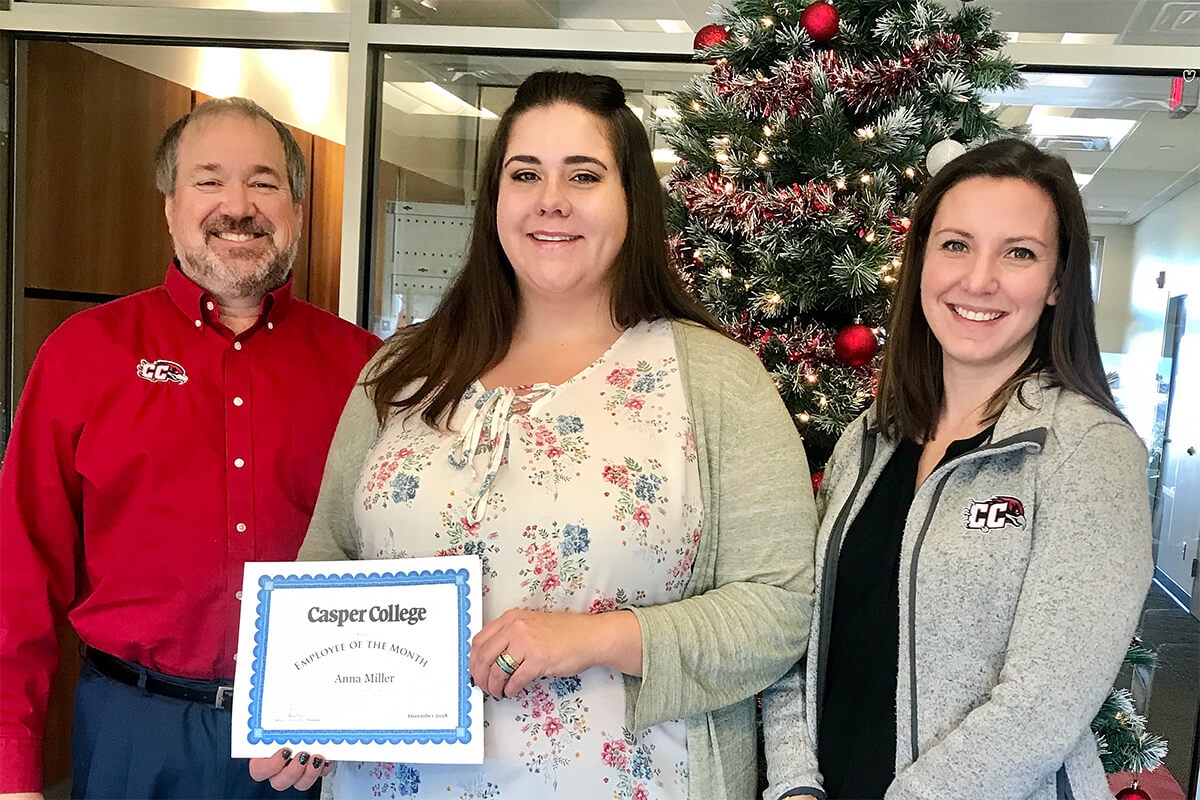 Anna Miller has been named as the Employee of the Month at Casper College for December 2018. Miller, an enrollment services specialist, has been working at the college since October 2011.

Miller was nominated by Laurie Johnstone, scholarship and enrollment service systems coordinator at Casper College. “Anna has been an integral part of making sure that students are being admitted in a timely manner and are receiving appropriate communications regarding missing information,” said Johnstone.

“In all the years I have worked with Anna, I have and continue to be impressed with her. From her interactions with students to her willingness to jump at any task, Anna is an important part of my office and Casper College,” said Shannon Eskam, director of student financial assistance.