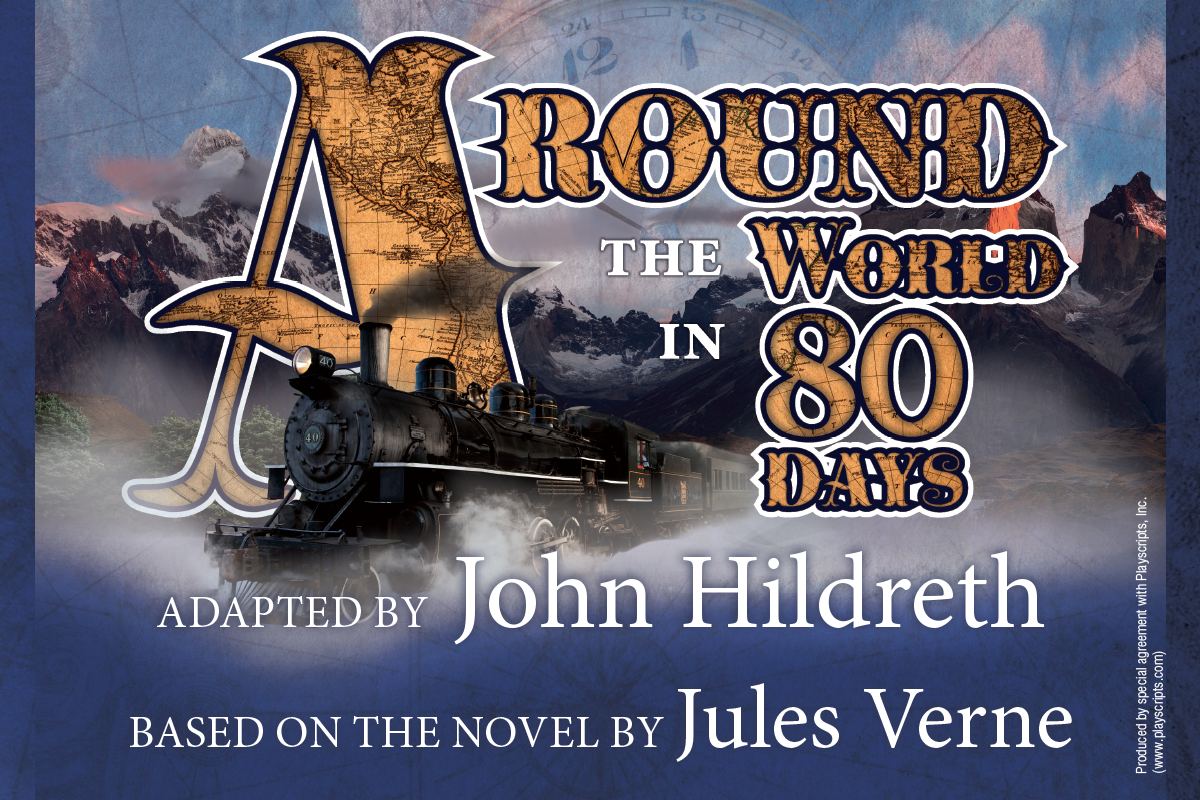 For those looking for a diversion with adventure, look no further than “Around the World in 80 Days.” Tickets are now on sale for the second offering for the 2018-2019 season from the Theatre and Dance Department at Casper College.

The play, which will run November 29-30, December 1 and 2, and December 5 through 8 on the McMurry Mainstage, was chosen by Richard Burk, director, for two reasons: “I chose this play for several reasons. First, because it is such a great story told in an exciting manner; second because it provides so many rich opportunities for student actors, and third because it is a story suited for the whole family,” he said.

The play, based on the Academy Award-winning film of the same name, which was based on Jules Verne’s novel of the same name, depicts a fictitious, yet achievable bet of epic portions, according to Burk. “This play will literally take the audience on an adventure, take them to exotic places, and reward them with a rollicking good time and an unexpected love story,” he said.

“Around the World in 80 Days” is recommended for ages 5 and up. The play begins each night at 7:30 p.m. with one matinee on December 2 at 2 p.m. American Sign Language interpretation will take place for the performance on December 5. Tickets are $12 for adults and $10 for students 5-18 and are available online at www.caspercollegearts.cc, at the box office between 10 a.m. and 5 p.m. Monday through Friday, by phone at 307-268-2500, or one hour before each performance, for that performance only.

The McMurry Mainstage is located in the Gertrude Krampert Center for Theatre and Dance on the Casper College campus.