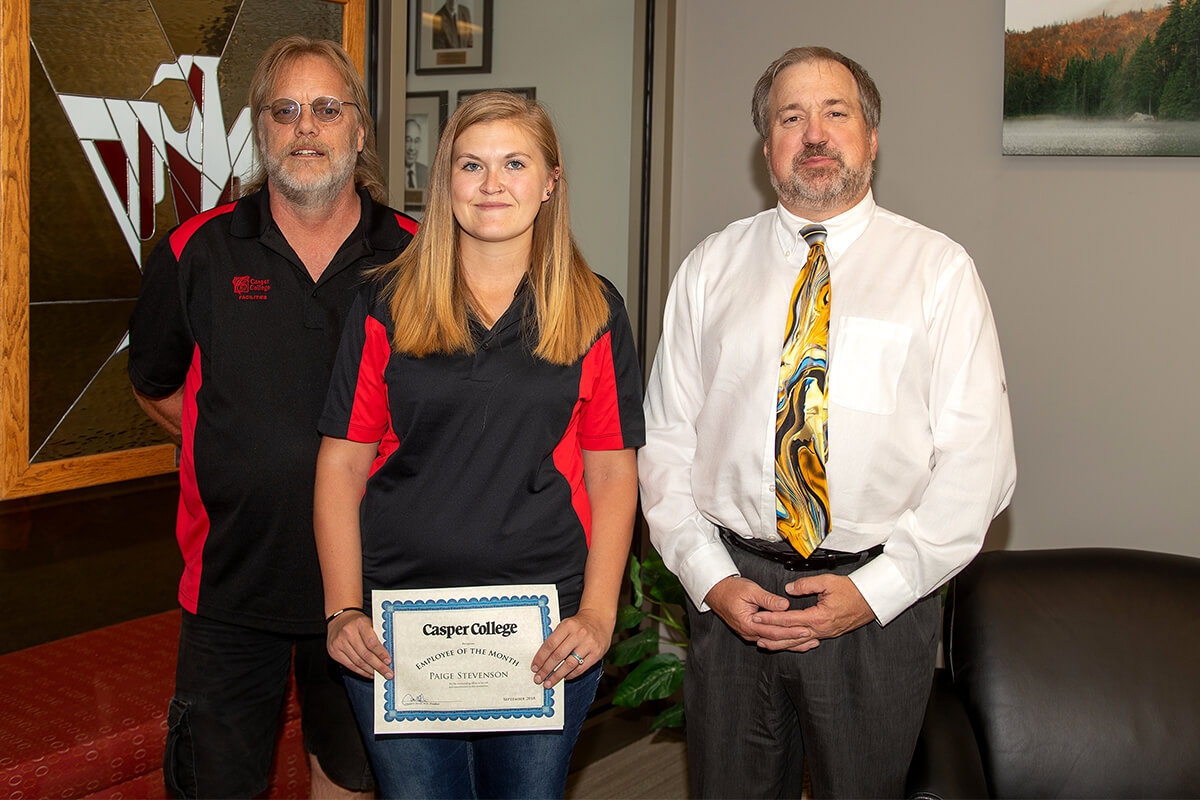 Paige Stephenson has been named as the Employee of the Month at Casper College for September 2018. Stephenson, a custodian, has been working at the college since November 2017.

Stephenson was nominated by Gail Schenfisch, American Sign Language instructor at Casper College. “Paige is rather new to the campus, but in the short time she has been here she has impressed me with her professionalism, hard work, and attention to detail,” said Schenfisch.

“Paige is always thinking of what else needs to be done,” noted Schenfisch, adding, she creates an environment for the students and staff which we take for granted.”