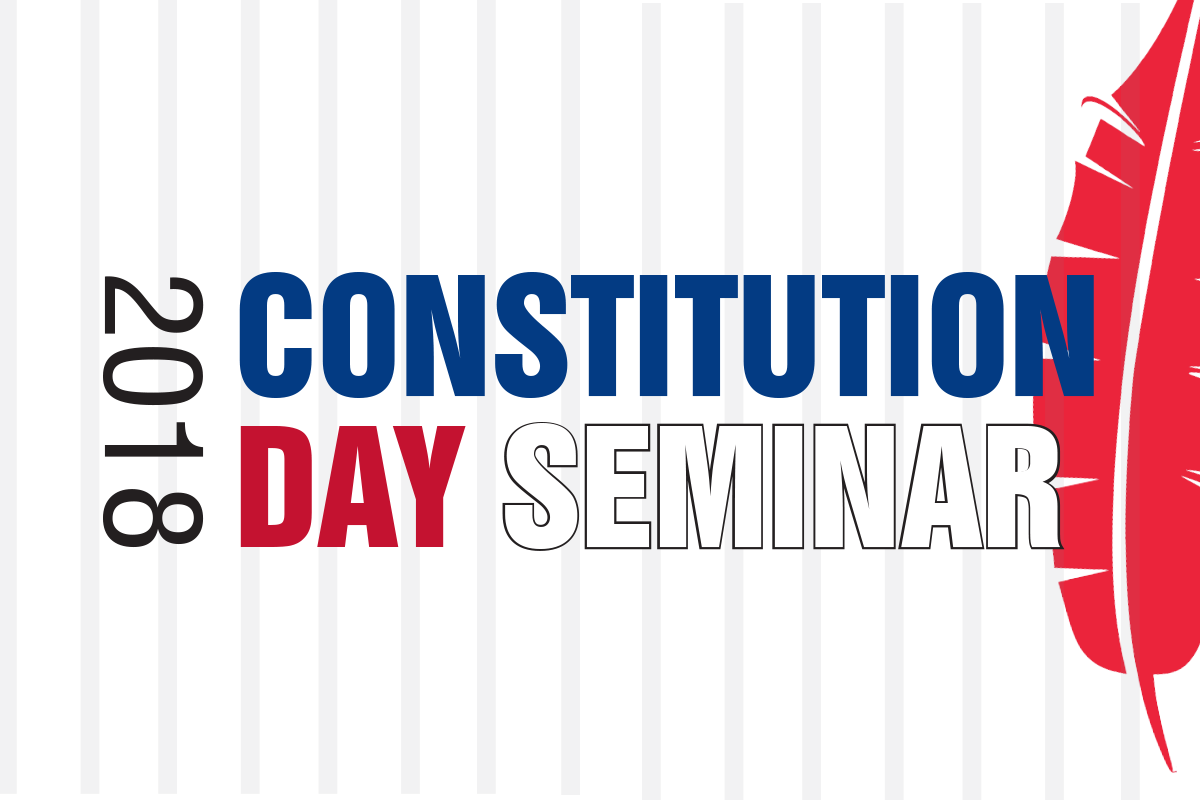 Kevin Green, who was wrongly convicted on charges of second-degree murder, attempted murder, and assault with a deadly weapon, will be the keynote speaker at the 2018 Constitution Day Seminar at Casper College on Monday, Sept. 17, 2018, in the Wheeler Concert Hall.

The theme for this year’s seminar is “The Importance of the 8th Amendment” and was selected as this year’s theme “… due to ongoing concerns over the impact, applicability, and morality of ‘no cruel and unusual punishments’ involving the death penalty and beyond,” said Erich Frankland, Casper College political science department chair, and seminar committee member.

Green’s case goes back to the evening of September 30, 1979, when he was accused of striking and severely injuring his pregnant wife Dianna Green in her apartment. The attack also took the life of the couple’s full-term unborn child. Green testified that he had been at a local hamburger stand, which was corroborated by an employee of the stand. Police also found warm food from the stand in Green’s possession. Despite the lack of corroborating evidence, Green was charged, and his wife testified against him at the trial, even though she suffered from extensive brain damage and amnesia caused by the attack.

Green was convicted on October 2, 1980. It wasn’t until 16 years later, thanks to new DNA technology, that it was found that the sperm taken from Dianna’s body did not match Green but rather felon Gerald Parker, a serial killer known as the “Bedroom Basher.” Parker, who broke into women’s bedrooms to rape and kill them, confessed not only to the attack on Dianna Green but to five other murders.

Following Parker’s confession, Green was exonerated on June 20, 1996, released, and awarded $620,000 by then California Governor Gray Davis as compensation for the time he spent in prison for a crime he did not commit.

In the years since Green remarried and recently celebrated his 19th wedding anniversary. He has been interviewed by Montel Williams, Maury Povich, and Liza Gibbons among others. He has appeared on “20/20,” “Inside Edition,” “On The Case With Paula Zahn,” Court TV, the Discovery Channel, and the Learning Channel. He has spoken to criminal justice classes all over the country, at the National Criminal Justice Honor Society conference in Chicago, and gave a three-hour lecture to all the Marine Corps lawyers in the Pentagon. “Kevin Green has become one of the top speakers for the Innocence Project,” noted Frankland.

At 2 p.m. a panel discussion titled “Today’s Concerns Over the 8th Amendment” will follow Green’s keynote and will be moderated by Nathan Blank, faculty in the Casper College Department of Political Science, History and International Studies. Panelists include Dave Johnson, deacon of St. Anthony of Padua Parish; Mary Kubichek, program director of the Casper College Paralegal Studies Program; Reverend Dee Lundberg, of the United Church of Christ; and Robert Oldham with the Wyoming Office of the State Public Defender.

A student debate on the topic “Can the 8th Amendment Be Applied Fairly?” will begin at 3:30. Moderated by faculty in the Casper College Department of Communication the debate will feature Casper College forensic students, Chloe Adkins (Box Elder, South Dakota) and Carter Dunn (Casper).

The 2018 Constitution Day Seminar is free and open to the public and is sponsored by the Casper College School of Social and Behavioral Sciences. The Wheeler Concert Hall is located in the Music Building on the Casper College campus.