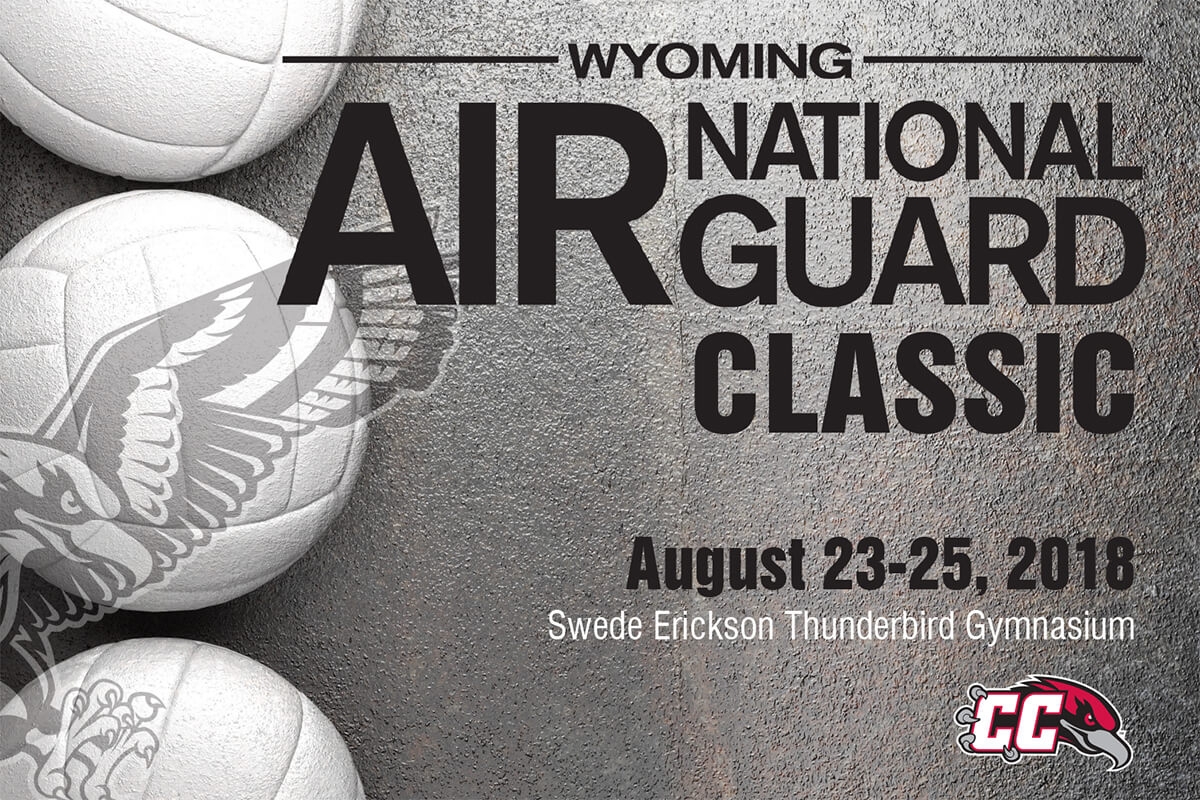 UPDATE: The Thursday evening game has been pushed back to 8 p.m. due to travel difficulties.

The tournament will give volleyball fans a chance to see the 2018 T-Bird team in action. “Hopefully people will see some great defense, teamwork, and grit,” said Angel Sharman, head volleyball coach, and athletic director.

The tournament will open with an evening match between the T-Birds and the Northeastern Plainswomen at 8 p.m. on Thursday. The tournament will continue on Friday with five matches scheduled for 11 a.m., 1, 3, 5, and 7 p.m. On Saturday, games will be played at 9 and 11 a.m. and 1, 3, and 5 p.m. All games will be played in the best of 3/5 format, with no cap. The T-Birds will be in action again at 7 p.m. on Friday and 5 p.m. on Saturday.

According to Angel Sharman, this marks the first time that Casper College has hosted a tournament that invited colleges outside of Region IX which includes Division I schools from Colorado east of the Continental Divide, Nebraska, and Wyoming. “Normally we go to the Salt Lake Tournament, but this year they asked if I would host one here. To host a tournament, we need to have a tournament sponsor to help with the cost of putting it on, and this year we were fortunate to partner with the Wyoming Air National Guard,” said Sharman, who noted that she hopes that Casper will “continue to have a season-opening tournament in the future.”