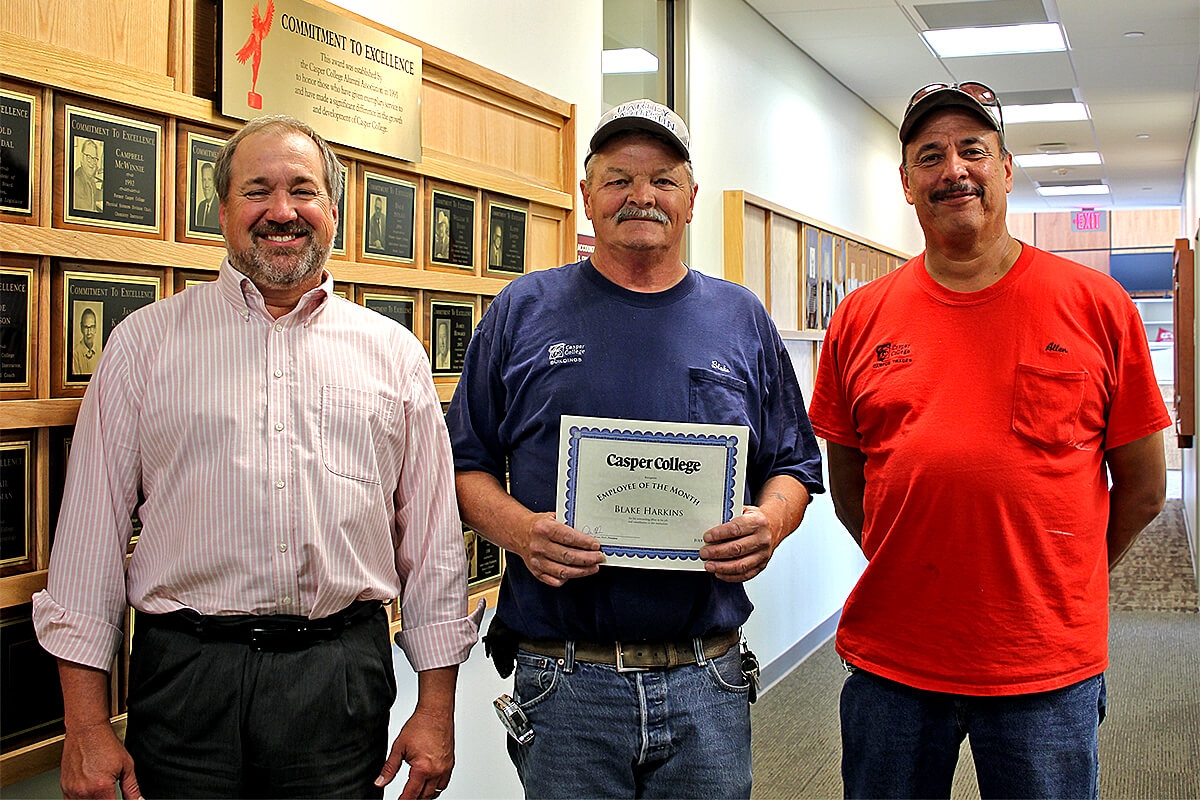 Blake Harkins has been named as the Employee of the Month at Casper College for July 2018.

Harkins, a carpenter, has been working at the college since April 2006.

Harkins was nominated by Ann Dalton, associate director of development for the Casper College Foundation. “He is amazing,” Dalton said. “His work is spectacular, and he never complains and is an all-around good guy,” she added.

Danica Sveda, associate director for donor and alumni relations for the Casper College Foundation, noted that Harkins was a good-natured master craftsman. “He worries over the smallest details and puts a lot of pride in his work. I can always tell when something on campus was made by Blake because it is always beautiful. He is quick with a smile and enjoys having a laugh,” she said.

Finally, Becky Wise noted that Harkins’ carpentry work could be found throughout the campus. Among other things, Harkins built the wood display cases housing the Casper College Alumni Association’s plaques honoring its Commitment to Excellence and Distinguished Alumni winners. “Blake is always meticulous with his projects and our office loves having him work here. He keeps us smiling, and I can always depend on the final project looking nice and well-constructed,” said Wise, foundation coordinator for the Casper College Foundation.