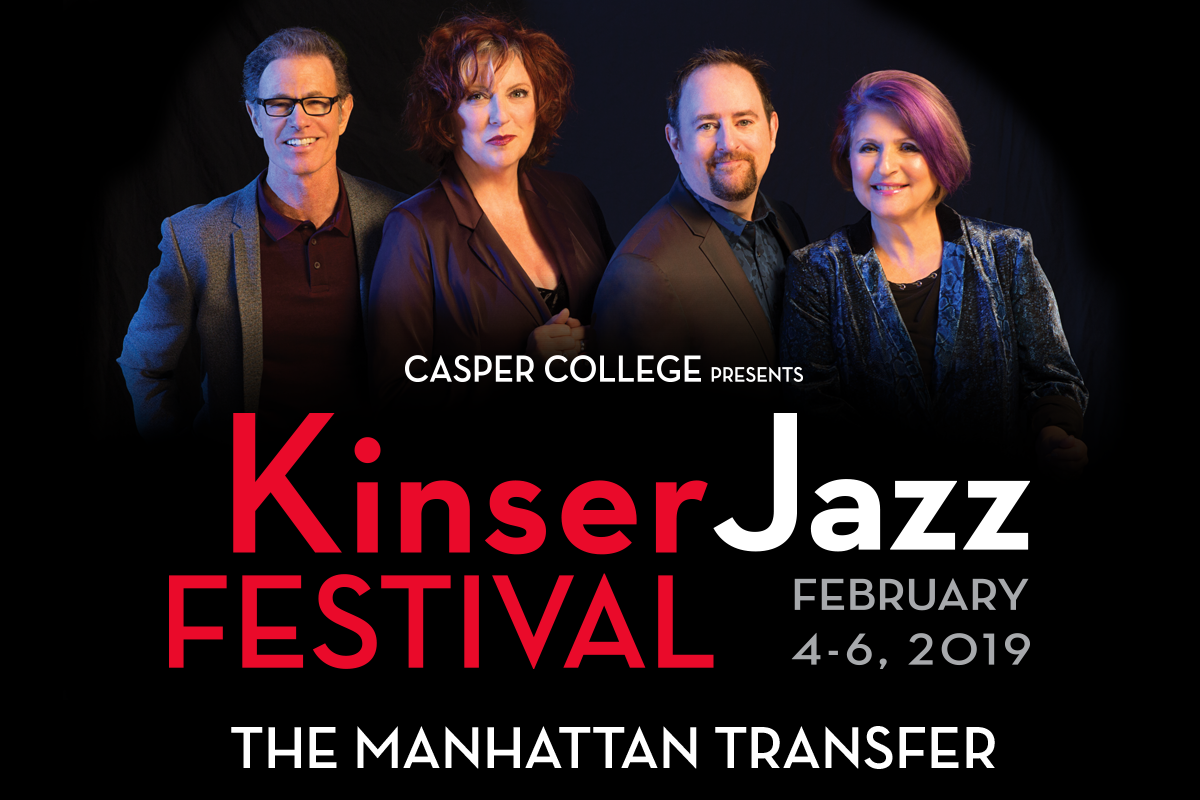 The well-known vocal group, The Manhattan Transfer, will be in Casper on Tuesday, February 5, 2019, to headline the 52nd Annual Casper College Kinser Jazz Festival February 4-6.

The Manhattan Transfer celebrated their 45th anniversary in 2017 and released their latest album, “The Junction” in March of this year. The group has been nominated 20 times and won 10 Grammy Awards in the categories of Best Pop Vocal Performance by a Duo or Group with Vocal; Best Jazz Vocal Performance, Duo or Group; and Best Contemporary Jazz Performance.

“We are really excited to have a group of The Manhattan Transfer’s caliber to headline our jazz festival,” said Joshua R. Mietz, D.M.A., executive director of the jazz festival and music instructor.

According to information provided by The Manhattan Transfer, the group has defied easy genre categorizations and “… became the first act to win Grammy Awards in the pop and jazz categories in one year (1981) … In 1985, their album Vocalese … earned two Grammys (and) … changed the perception of The Manhattan Transfer from superstar pop artists to formidable jazz singers.”

Tickets for The Manhattan Transfer concert, with opening act The Wyoming All-State Jazz Choir, are now on sale for $25 for adults and $15 for students. Tickets for the concert, which will take place in the John F. Welsh Auditorium in Natrona County High School beginning at 7 p.m., can be purchased online at www.caspercollegejazz.com or by calling 307-268-2606.