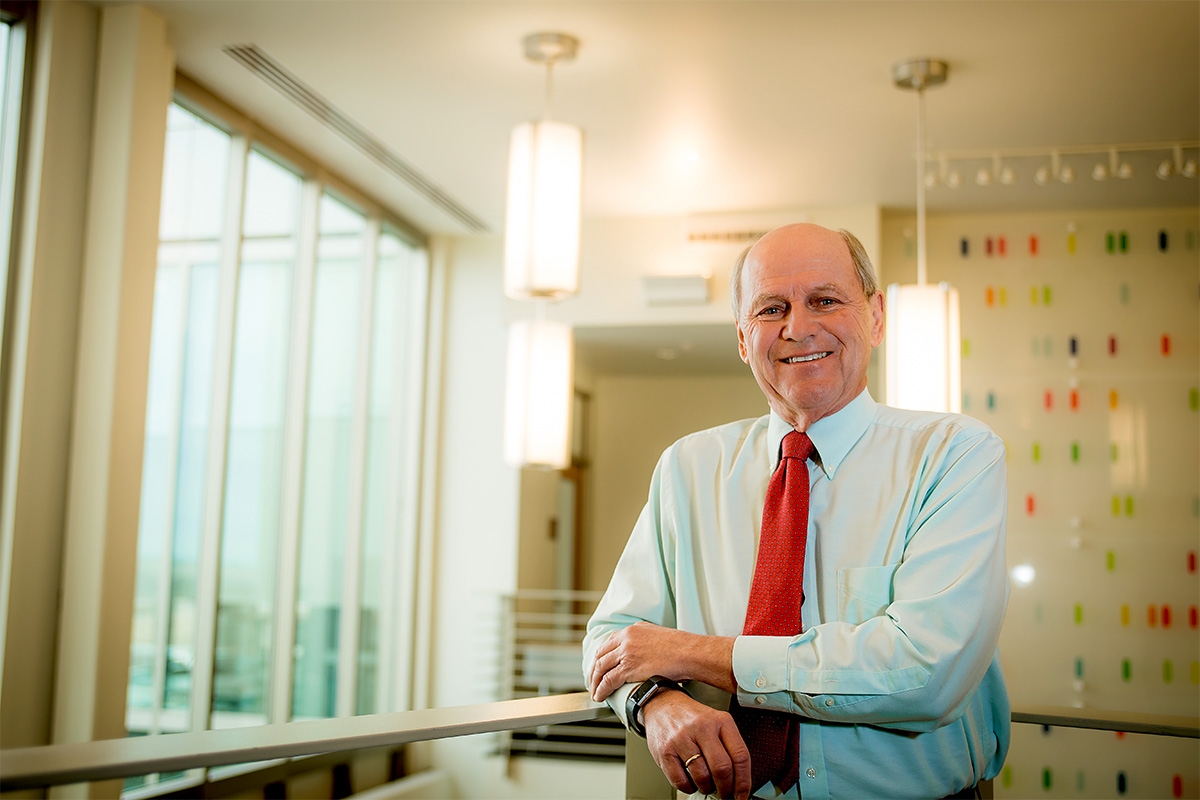 Long-time Casper College Foundation President John Jorgensen has been selected to receive the Casper College Alumni Association’s Commitment to Excellence award for 2018. Jorgensen will be presented with the award during Casper College’s 2018 commencement ceremonies on Friday, May 11.

When Jorgensen began with the board Swede Erickson, the legendary Thunderbirds men’s basketball coach, was the foundation’s director, having left the coaching arena in 1986. “I worked with Swede and then when he left I hired Paul Hallock to take over as director in 1993,” he said. When Hallock retired in 2011, Jorgensen hired the current director, Paulann Doane.

“When he became president, the foundation had $13.5 million in assets,” said Doane. “With John’s leadership, a business approach was adopted, and a formal structure for annual fundraising and supporting college projects was implemented. These changes resonated with supporters and led to total assets increasing to $90 million, putting us in the top five of community college foundations nationwide,” she noted.

Thanks to Jorgensen’s business management skills, the foundation funds were moved from mostly government bonds to diversified investments with a mix of both stocks and bonds. “More than 20,000 students have benefited from John’s leadership with scholarship assistance,” said Doane.

But Jorgensen also credits the success of the Casper College Foundation to what he said is “the love affair this community has with Casper College,” adding, “it has been incredible.” That “love affair” allowed the successful completion of the “Vision…Campus…Community” campaign. Jorgensen was the driving force behind the campaign, “a $10 million capital initiative to complete the funding for the $97,350,000 college master plan, including five new buildings. John also led the foundation board support for a $23,000,000 revenue bond for new residence halls,” Doane said.

“I take great pride when I drive through the campus to see all the buildings that the foundation has helped to build. The foundation has seen growth in the last years while still distributing millions of dollars to deserving students,” Jorgensen said.

According to Doane, Jorgensen’s unwavering support and leadership of the foundation resulted in his receipt of the 2014 Council for Resource Development Benefactor Award in the Public Rural Medium-Campus Institution category. According to the CRD, the Benefactor Award “embodies the ideals of philanthropy, leadership, and volunteerism in the service of community, technical, and junior colleges.”