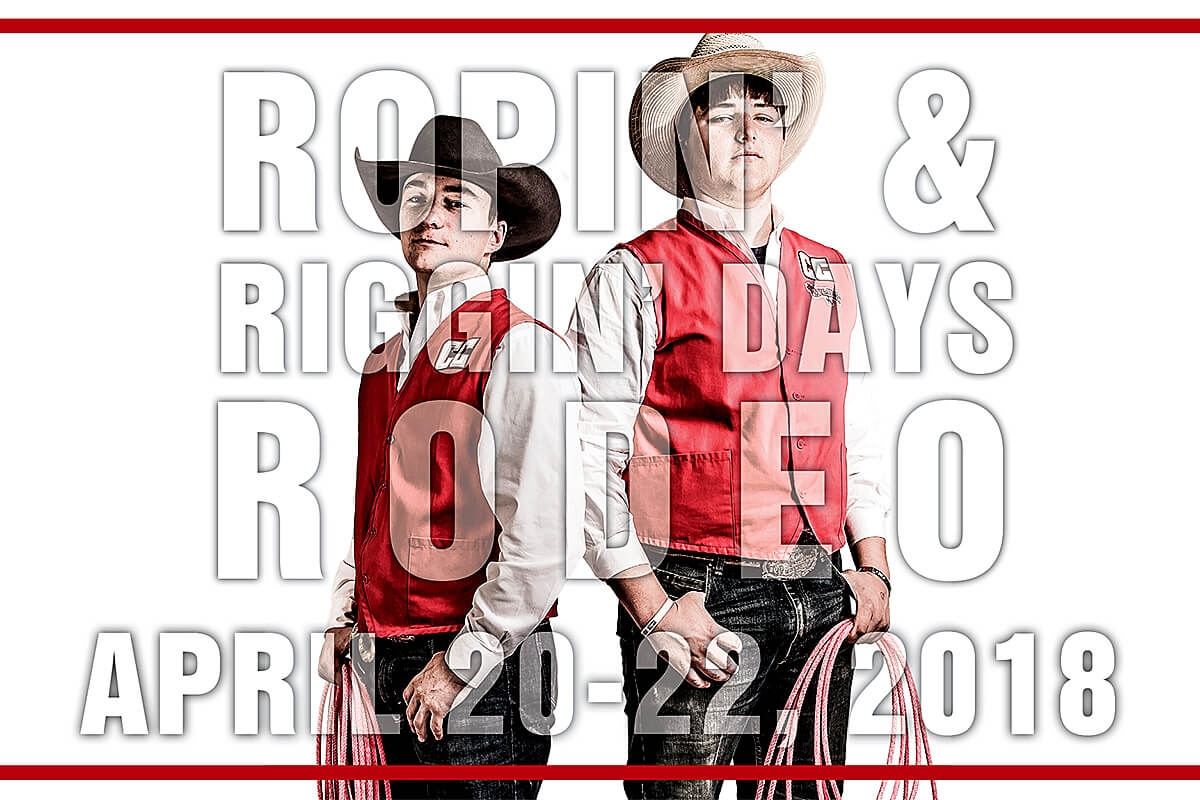 The Casper College rodeo team will host the college’s 63rd Annual Ropin’ and Riggin’ Days Rodeo in memory of Tom Parker April 20 through 22 at The Arena.

The Thunderbird men still have a chance to send a team to the College National Finals Rodeo in June heading into the final two rodeos of the season. The team currently is in fourth place with 2740 points, 500 points behind first-place Sheridan College, 145 points behind second place Laramie County Community College, and 80 points behind third place Gillette College.

Just the top two schools will send full six-man and four-woman teams to the year-end College National Finals Rodeo in Casper, but the top three scorers in each event are also sent to the CNFR to compete for their school. The Thunderbirds need to do well in their home rodeo, and the last rodeo of the season April 27-29 at the University of Wyoming to send the men’s team and individual competitors to represent Casper College at the big show in June.

The rodeo will feature three performances: Friday evening at 7, Saturday at 1 p.m., and the final performance at 10 a.m. on Sunday. Tickets are $7 for adults, $4 for students, and $17 to see all three rodeos. Tickets can be purchased at The Arena box office the day of each performance. The Arena is located at the Central Wyoming Fairgrounds in Casper.