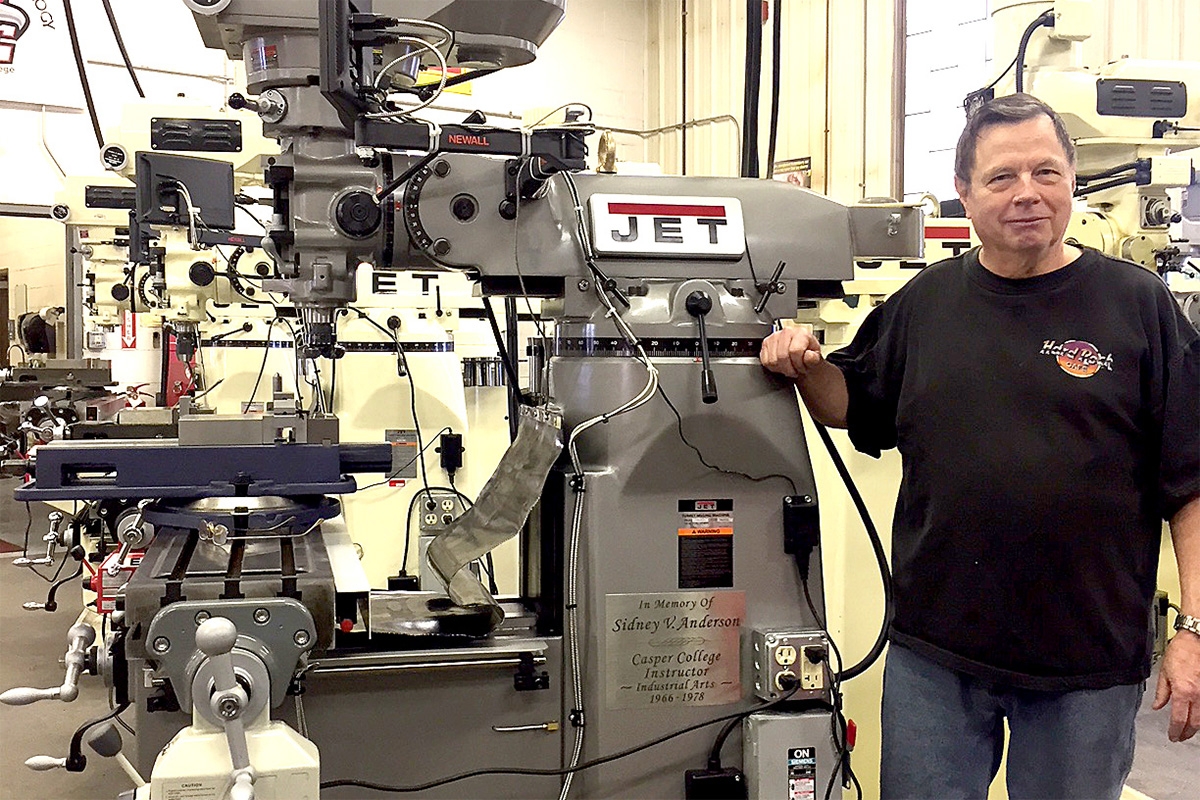 “This machine could not have come at a better time. A vertical milling machine shapes metal into a predetermined form, drilling and milling slots to airplane parts or flywheels and anything in between, and usually works with a very tight tolerance. These types of machines help prepare our students for positions in the industry,” said McCool, machine tool technology instructor.

McCool noted that his department is currently receiving weekly calls for machinists. “Machinists starting out make approximately $35,000 a year, and the pay goes up from there. Last spring two Casper College machine tool technology graduates got jobs in Casper and started at $43,680 a year. Others from our program are starting at $37,440 a year.”

Anderson, a retired chemical engineer, lives with his family in Casper and stated that he donated the money in his father’s name because his family had done well for themselves and wanted to help.

To learn more about the machine tool technology program at Casper College contact McCool at 307-268-2508 or mccoolm@caspercollege.edu.