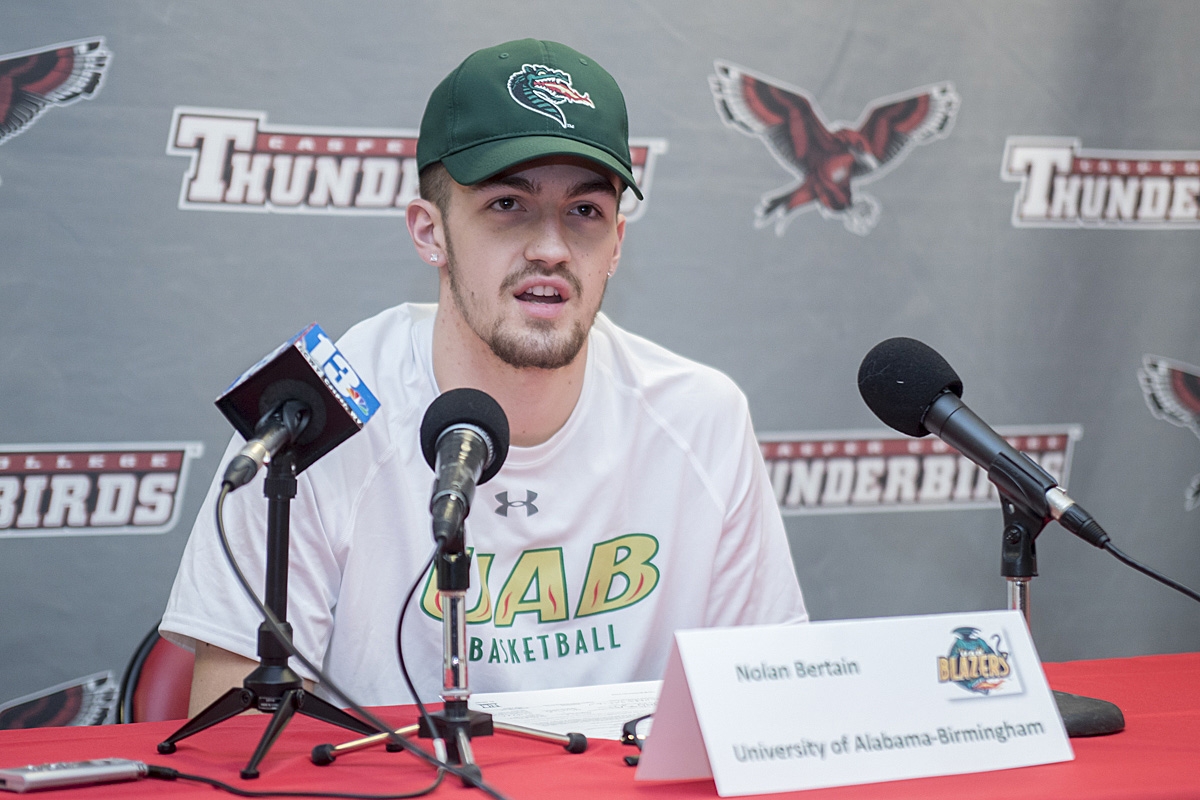 Nolan Bertain answers questions from the media after signing his letter of intent to play basketball for the University of Alabama Birmingham Blazers for the 2018-2019 season. Casper College photo.

Bertain, a 6’4“ guard from Portland, Oregon, will join the UAB Blazers, who went 20-13 for the season under Head Coach Robert Ehsan who will be entering his third year in that role at UAB. The Blazers compete in the Conference USA.

“Nolan had a phenomenal year with only competing in 22 games and making 81 3-pointers for us this season. His ability to shoot the ball and stretch the defense was something that was very instrumental to our team success,” said Head Coach Dan Russell. Though sad to see Bertain not stay for his sophomore year with the Birds Russell was “… very happy for him in this opportunity he has been given at UAB. I know Nolan will make the best and most of his opportunity as he is a very hard worker and a great kid.”

A public research university, UAB is located in Birmingham, Alabama.