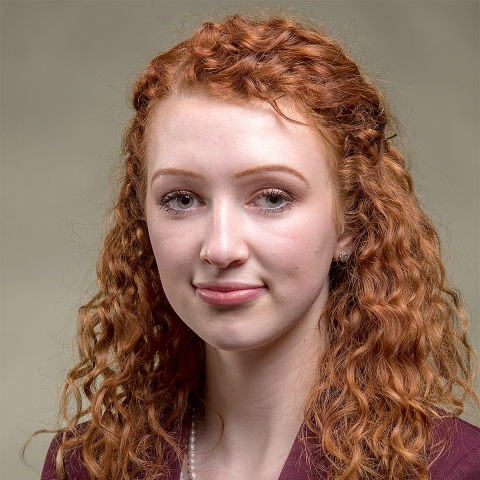 Chloe Adkins, a 2017 graduate of Douglas High School in Box Elder, South Dakota, was recently selected as the 2018 recipient of the Jon E. Brady Award in Political Study at Casper College, where she is a political science major.

Adkins is the 17th recipient of the annual award, according to Erich Frankland, political science instructor.

Some comments from reference letters on Adkins include: “a naturally gifted speaker and thinker,” “absolutely stellar student,” “constantly curious student who has amazing insight and is constantly curious always wanting to learn more,” “impeccable work ethic,” “wonderful human being with a great sense of empathy and understanding of others,” “delight to have in class and an inspiration to her fellow students,” and “there aren’t enough positive adjectives to describe Chloe as a student, leader, and young woman.”

Adkins came to Casper College after Casper College Forensics Head Coach Doug Hall “ … reached out to me my junior year of high school. I decided to come to Casper for the speech and debate program,” she said. Following her anticipated graduation in May 2019, Adkins plans to earn her bachelor’s degree in political science before attending law school.

Past recipients of the award include Mickala Schmidt in 2015, Elizabeth Walsh in 2016, and Lucas Davis in 2017. The award is named after Jon E. Brady, instructor emeritus of political science at Casper College.