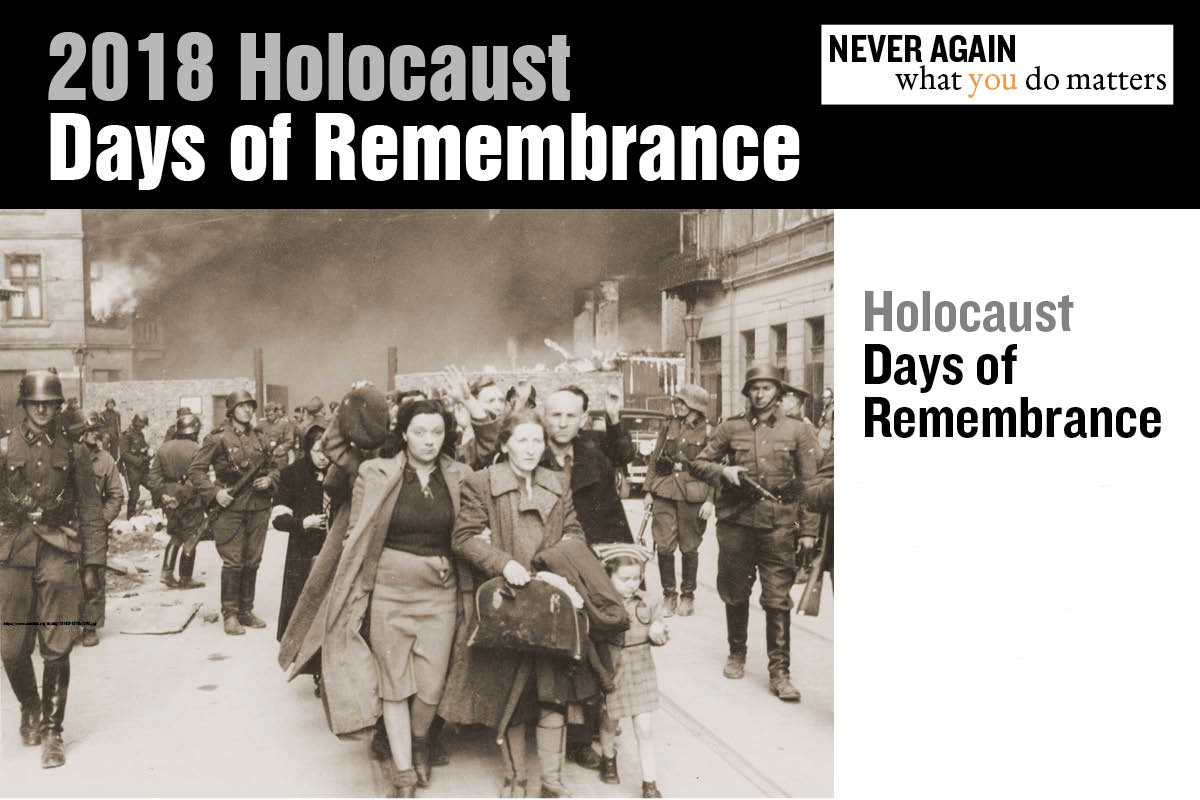 The Casper College 2018 Holocaust “Days of Remembrance” commemoration ceremony will be held on Thursday, April 12 at noon in the Chapman Lobby on the second floor of the Walter H. Nolte Gateway Center. The event is free and open to the public.

A panel of students and community members will discuss their reactions to the “Through the Eyes of Many: Experiences in the Holocaust” seminar held on the Casper College campus in March of this year. The event featured a Holocaust survivor and six experts who presented on a variety of Holocaust-related topics over the three-day period.

“’Days of Remembrance’ is our opportunity to remember the victims of Nazism and those who liberated the concentration camps. As the years go by the survivors become fewer and fewer. It is incumbent upon us, the living, to keep alive the memory of those events and times so that, with our commitment, they will never again be repeated,” said Lance Jones, event organizer, Holocaust instructor, and director of campus security at Casper College.

The Nolte Gateway Center is located on the Casper College campus.