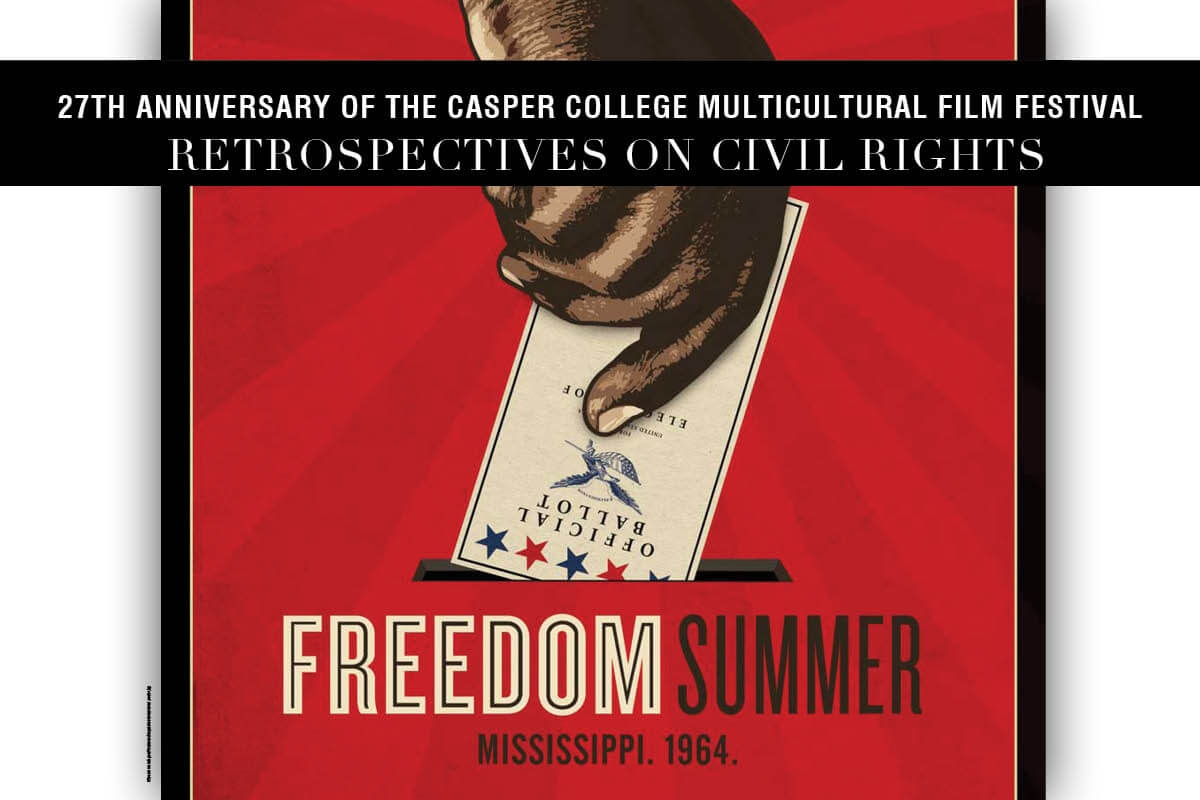 The first of three films for this year’s 27th Annual Casper College Multicultural Film Festival will be shown Friday, Feb. 23 at 7 p.m. with a presentation of the 2014 documentary “Freedom Summer.” The showing is free and open to the public.

“Given recent events and actions such as the Black Lives Matter Movement, the DACA debate, and the 50th anniversary discussions of the loss of Martin Luther King, Jr. and Robert Kennedy, the theme seemed appropriate for this year’s festival,” said Erich Frankland, film festival director and chair of the department of political science, history and international studies.

“Freedom Summer” tells the story of the 1964 Mississippi Freedom Summer organized by Bob Moses, a local secretary for the Student Nonviolent Coordination Committee. The event ran for 10 weeks, as white students from the North came to Mississippi to join activists in the quest to get more African Americans registered to vote. At the time, less than seven percent of the state’s African Americans were registered to vote due to the extreme measures taken by white segregationists to prevent them from registering. Written, directed, and co-produced by Stanley Nelson, the documentary features those who actually participated in Mississippi Freedom Summer.

Each film in this year’s festival, according to Frankland, was chosen in consultation with those who would lead the discussion following each film. These were films that the discussion leader rated as one of their favorite films that addressed the issues raised by civil rights debates and struggles with each film “… exploring these issues from the perspective of African-Americans and the broader civil rights movement in the 1960s,” Frankland said.