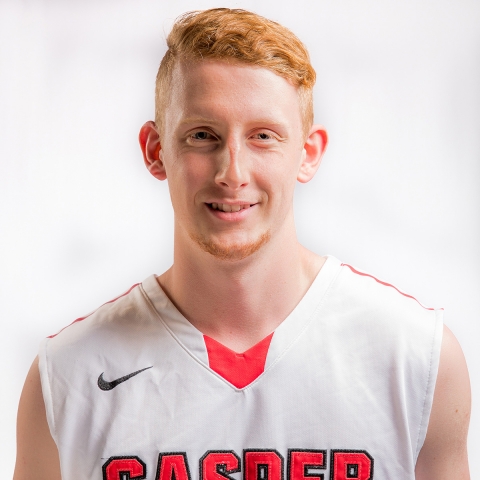 As Stent says, things didn’t work out in Louisiana. Fortunately for the 6’8” forward, an assistant at Nicholls put his name out to the coaching community, and Thunderbirds Head Coach Dan Russell and then Assistant Coach Kevon Davis reached out to Stent, and the lanky redhead made his way out to Wyoming.

Stent’s first season with the birds was a struggle due to knee surgery. It took him a year, he says, to get back into shape and he didn’t play much for the Birds until the end of the 2016-2017 season. This season he has been in the thick of things.

Playing ball in the states is different from that of New Zealand: “The game is played faster and is more athletic here,” he notes, adding, “Basketball is a big deal here, while New Zealanders care more about rugby.”

Stent plans to eventually earn his master’s in athletic training and pursue a career in that field after he is finished with basketball. Currently, he is looking into his options at the university level. He is aiming to become a player in the NBA but also is realistic about the possibilities of moving to that level. If that doesn’t happen, he would like to play in the EuroLeague or back home in New Zealand.

Told that junior college was not the way to go for an education or a basketball career, Stent decided to give Casper College a go and is glad he did. “I recommend Casper College as it has turned out to be a lot more than I thought that it would be. Casper has the best courses that I’ve seen. The teachers are great, the facilities are really good, almost at an elite level. They push you here to succeed, the classes are designed to make you step up to make it at the university level, and you are well equipped to stand out in the crowd when you move on to a university,” Stent says.