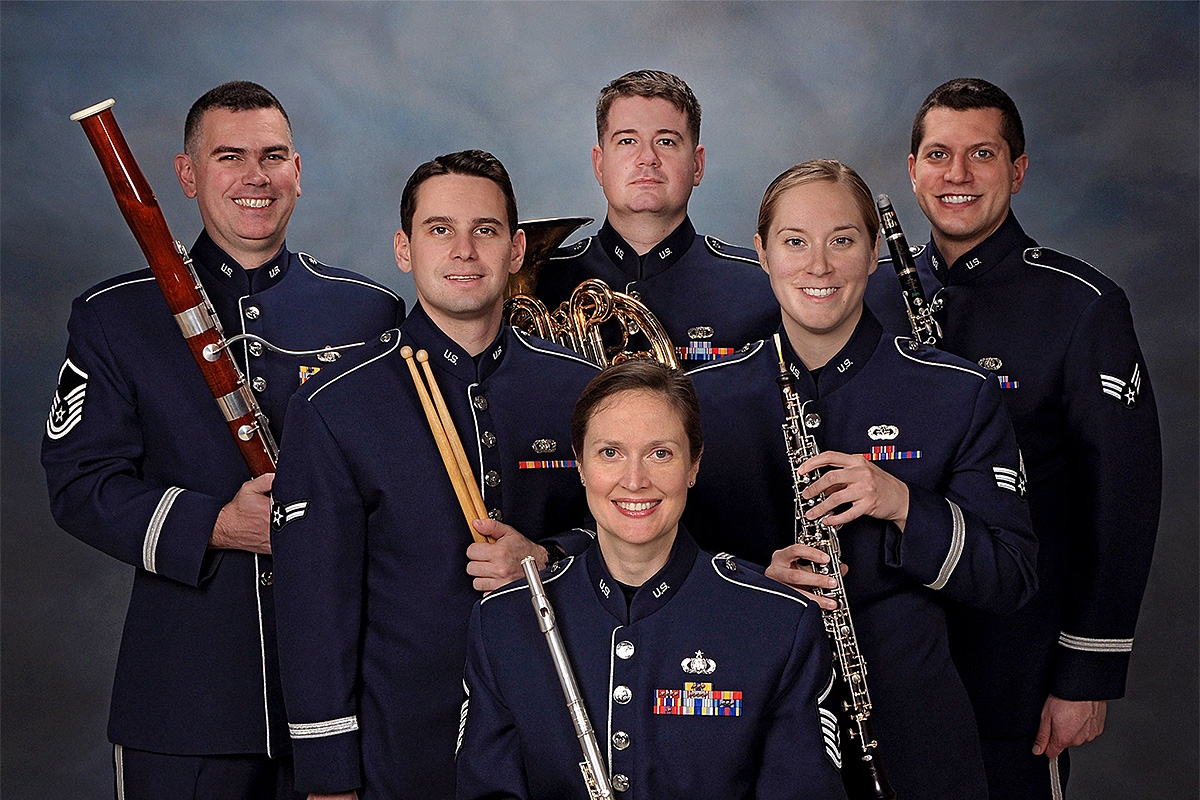 The United States Air Force Academy Band – Academy Winds from Colorado Springs, Colorado, will perform in the Wheeler Concert Hall Monday, Feb. 12 at 7 p.m. Tickets are required for admission, but the concert is free and open to all.

According to material provided by the Air Force, the evening will feature an eclectic mix of woodwind and percussion music by an energetic six-piece ensemble. Under the command of Lieutenant Colonel Daniel L. Price, the United States Air Force Academy Band represents the Air Force Academy. One of nine performing ensembles within the Academy Band, Academy Winds six members are professional active-duty airman musicians. The versatile ensemble presents a unique variety of musical styles from traditional folk to patriotic favorites.

Tickets can be picked up at Hill Music Company and in the Casper College Music Building, Room 137. For more information or to reserve free tickets, call 307-268-2606 or visit www.caspercollege.edu/music.