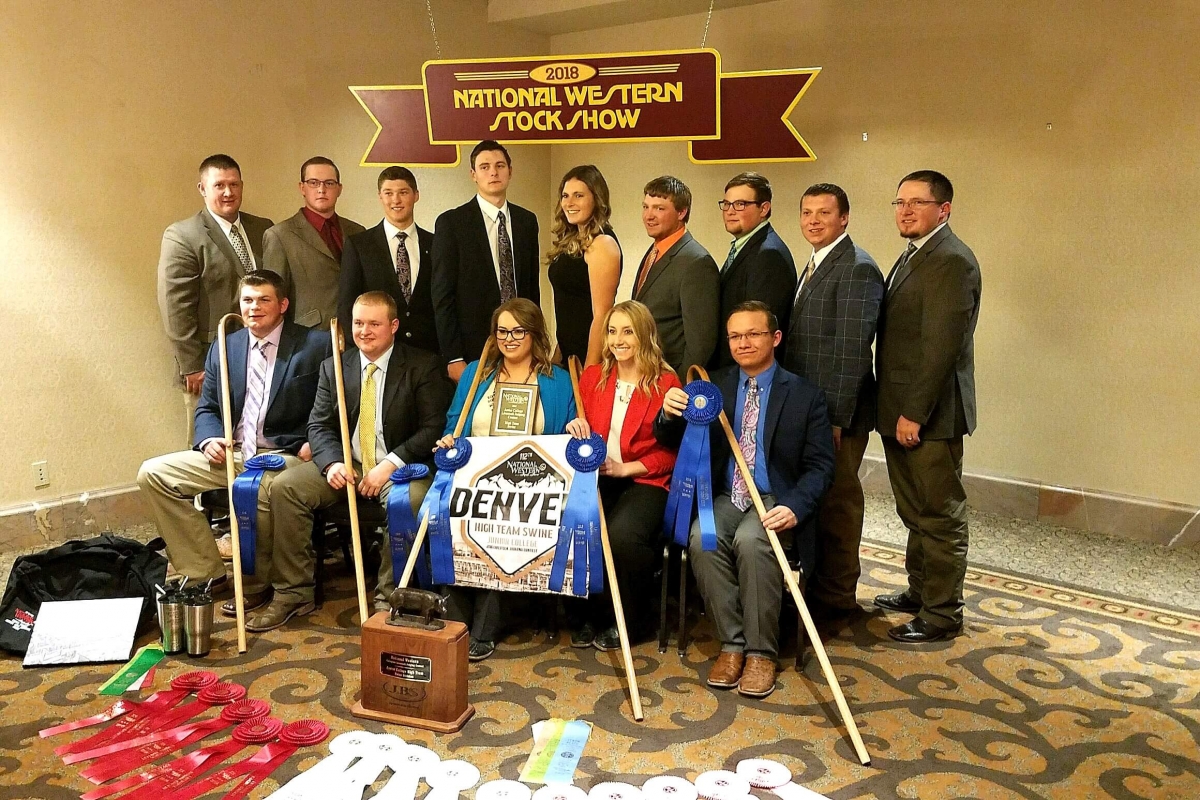 The team next competed at the National Western Stock Show in Denver where they competed first in the Collegiate Livestock Judging Contest against 24 other colleges. The team placed first overall in hogs, reserve overall in reasons, and third overall as a team.

The following day, the team competed in the Collegiate Carload Judging Contest and placed fourth overall.

The Casper College Livestock Judging team has a rich history and winning tradition since 1978. The championship livestock judging team competes across the country and ranks among the nation’s top junior college judging programs. The team has produced nine academic All-Americans since 2005, including five All-Americans since 2014. Under coach Jeremy Burkett, Ph.D., Casper College has had four National contest wins including the Fort Worth Stock Show, Houston Livestock Show and Rodeo, and the Arizona National Livestock Show since 2009. After Casper College, students are continually recruited to transfer to agricultural universities across the nation.