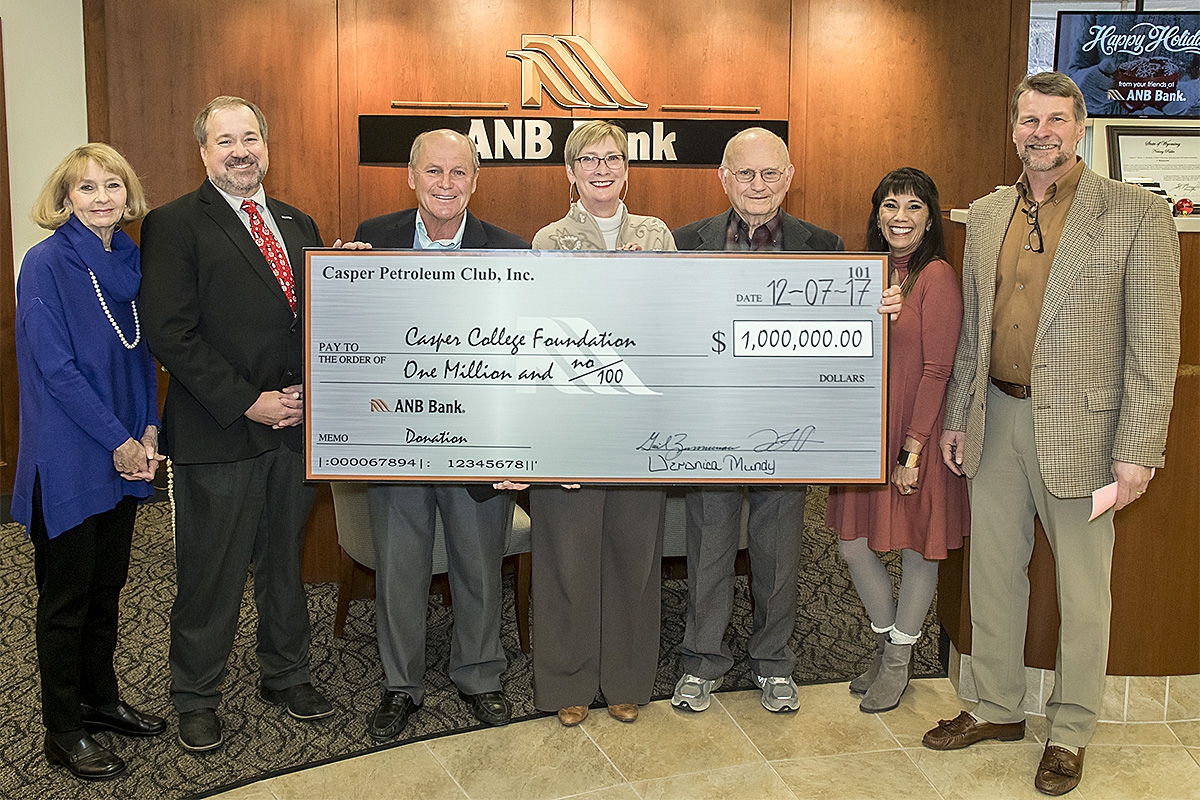 The Casper College Foundation was presented with a check for $1 million from the now-defunct Casper Petroleum Club on Thursday, Dec. 7.

The Petroleum Club, which was established as a nonprofit public-benefit corporation, had asked the foundation to be the successor to handle its remaining assets should the club ever close its doors, and the foundation agreed.

There are no restrictions on how the money should be used, according to Doane. “Obviously, we like these types of donations the best because it allows the foundation board the most flexibility in meeting college needs,” Doane noted. The foundation board will discuss the use of the funds at its meeting in January. Until used, the funds will be invested.

“We truly appreciate that the club’s directors chose the college foundation as their successor,” Doane commented. The club, initially established in 1945, closed its doors in October 2016.