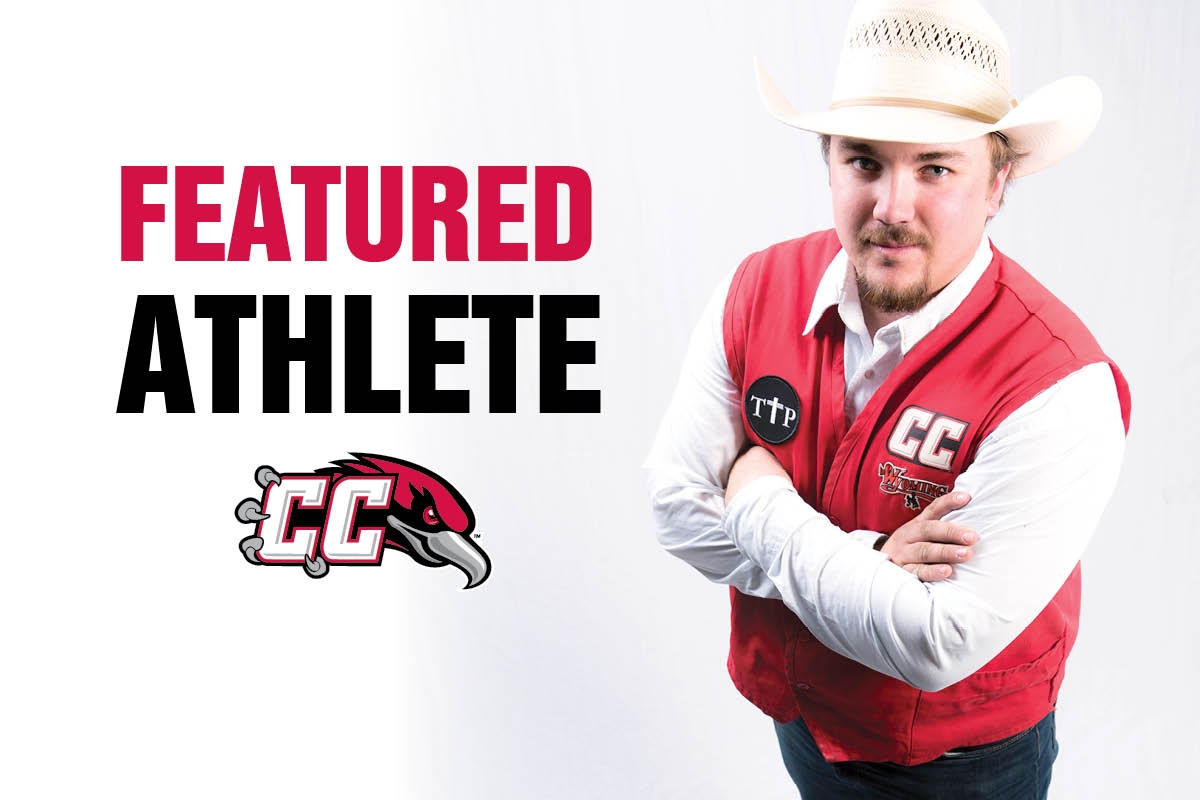 Logan Brown is happy to be in Casper and to be attending Casper College. “I really like it here,” he says. “Casper is a nice little town, and the students and teachers at Casper College are easy to get along with.”

Having just finished up his junior year at the school, with an Associate of Applied Science degree in engineering technology and design, Brown plans to return for his senior year and earn a degree in agri-business.

“Tom Parker, (former rodeo coach who passed away on March 15, 2017), helped me to come to Casper College by offering me a scholarship,” says Brown. As a team roper, Brown was eager to learn “how to heel better” from PRCA world champion team roper Jhett Johnson. Johnson, who was the assistant coach under Parker, was recently named to the head coaching spot.

During his junior year at Casper, Brown competed in both team roping in the heeler position and tie-down roping in the Central Rocky Mountain Region. It was thanks to his abilities as a tie-down roper that Brown qualified for this year’s College National Finals Rodeo competition with 560 points, just 30 points below the first-place finisher.

He will be back for his senior year at Casper College following a summer of competition. Don’t be surprised if he qualifies for next year’s CNFR.