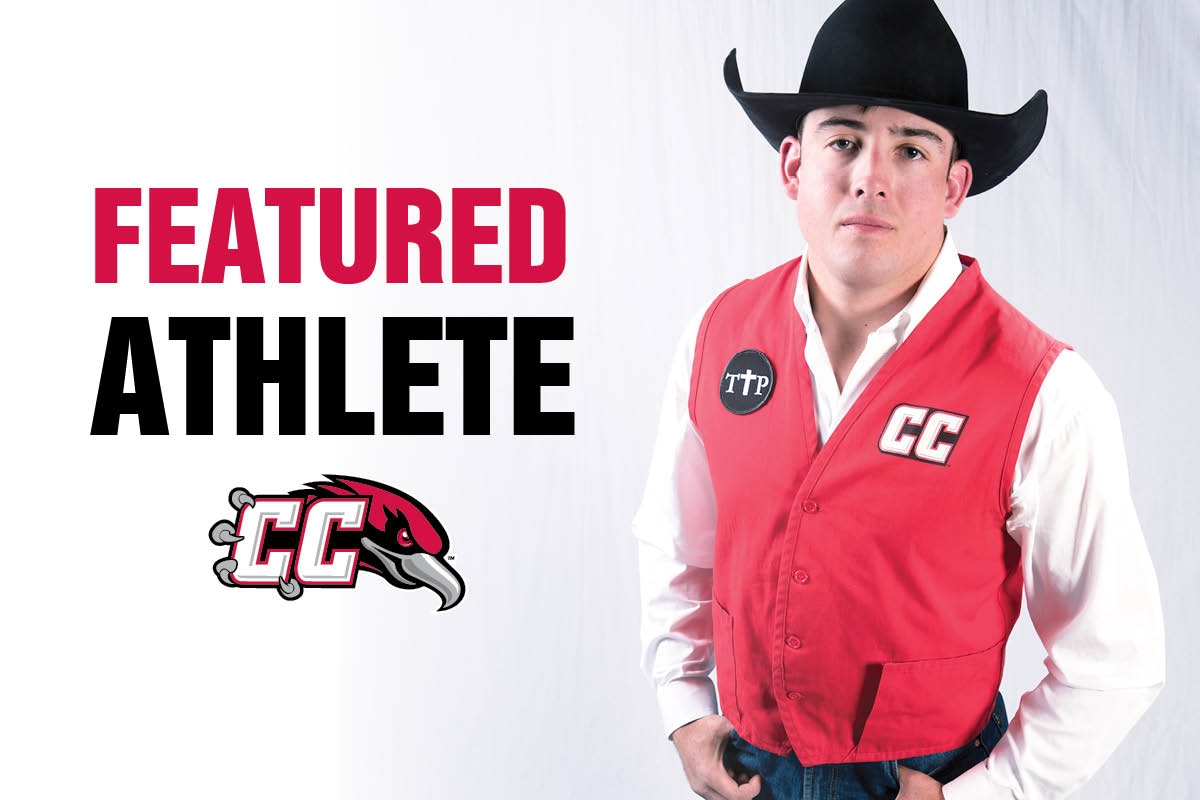 Jake Fulton has just finished up his sophomore year at Casper College. One of four Thunderbirds to win a berth at this year’s College National Finals Rodeo, he did so with a total of 640 points in steer wrestling. Fulton beat out his closest opponent by 60 points.

The ag business major from Valentine, Nebraska, also competed in calf roping and team roping during his two years as a Thunderbird.

When asked about his best rodeo, Fulton states that none were his best, but rather he “just had a consistent season.” While competing in his next to the last rodeo in the Central Rocky Mountain Region series, he was able to seal up his bid to the CNFR. Fittingly, that was also the annual Ropin’ and Riggin’ Days Rodeo hosted by Casper College.

In preparation for each round, Fulton says he doesn’t have any special rituals or routines. “I just try not to think a lot about my upcoming run and just keep calm.” When he is not competing in a rodeo, Fulton “works out, trains, and stays in shape.”