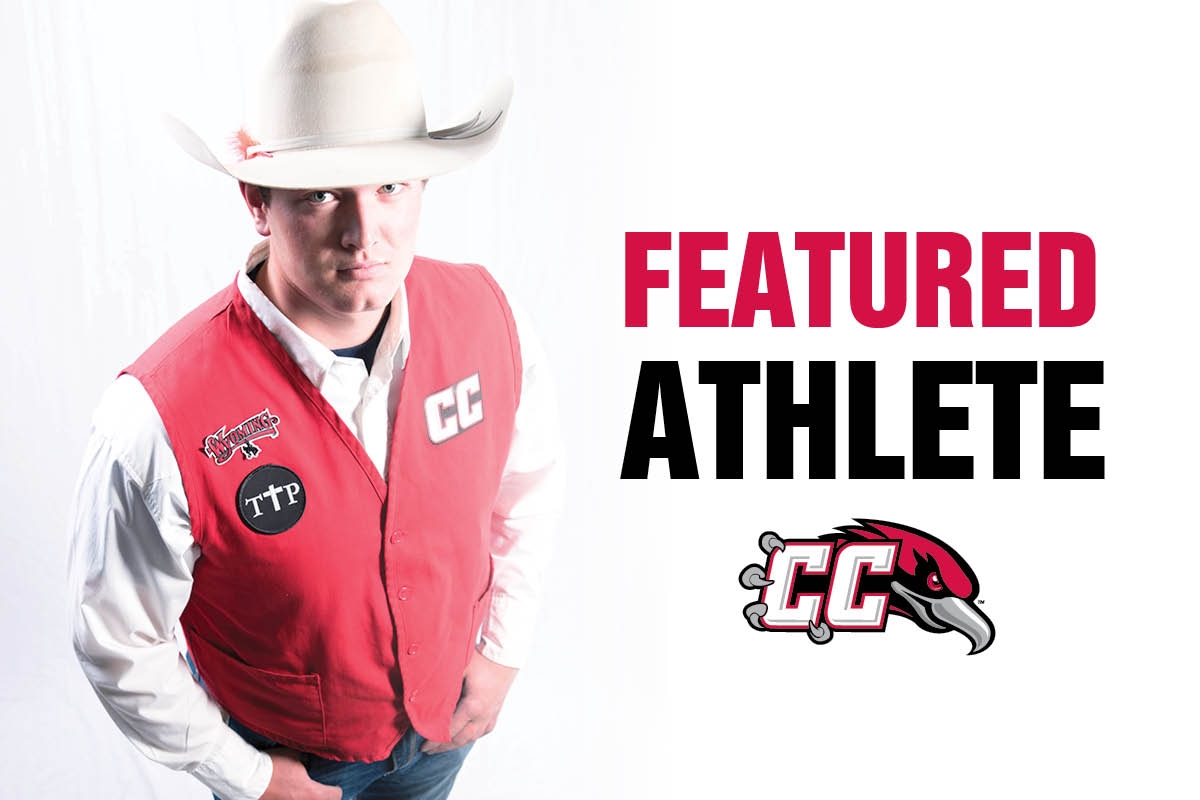 A 2015 graduate of Powell High School in Powell, Wyoming, Bryce Bott is one of four Casper College Rodeo team members competing at the College National Finals Rodeo. Bott got there by taking second in the Central Rocky Mountain Region placing second with 570 overall points, just 20 behind first place.

Bott, who also qualified for last year’s CNFR in calf roping, came to Casper College at the recommendation of his sister, Kooper. She also competes for Casper College in breakaway roping, team roping, and barrel racing, and just finished up her junior year as a pre-med major. “Kooper liked it here, and after I had met with Tom Parker, (former rodeo coach who passed away on March 15, 2017), this seemed like the best place for me,” says Bott.

The sophomore agri-business major plans to eventually compete in the Pro Rodeo Cowboys Association where he will compete in calf roping and maybe also team roping. As for school, he is transferring for his junior year to Montana State, which competes in the Big Sky Region.

Bott plans to earn a bachelor’s in agri-business and “might go for a master’s degree.” When he’s not competing, Bott hopes to work as an agriculture loan officer. “It’s a reliable job, I’m good with numbers, and I will be able to support myself and a family on a salary,” he says.

Bott has happy memories of his time at Casper College: “I really enjoy it here. Casper College is a good school, and I have received a good education. The coaching staff is positive, I have made good friends during my time here, and the CRMR is a good region to rodeo in.”