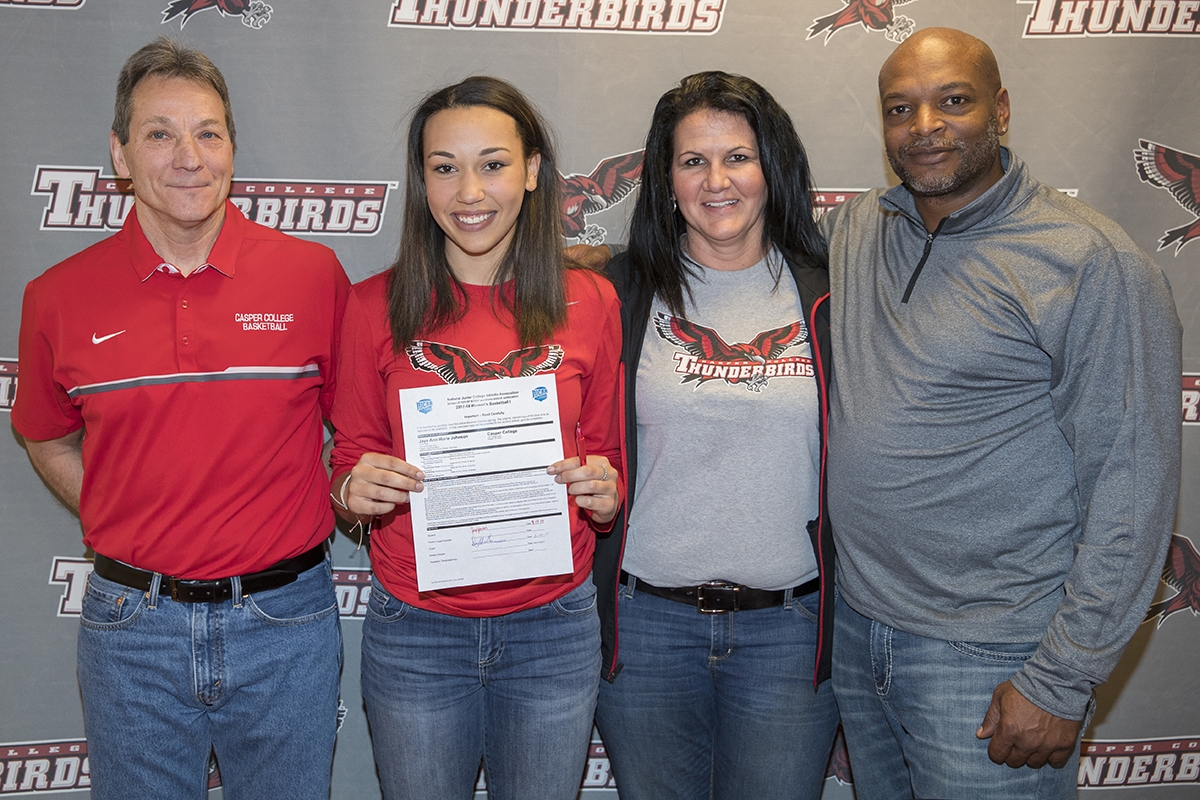 Johnson, a shooting guard for NC, helped the Fillies to a third-place finish at the 2017 Wyoming 4A State Basketball Tournament. She finished the season for the Fillies in the top ten of 4A in scoring, with 12.4 points per game, 3-point percentage, free throw percentage, and blocks per game.

“We are very excited that Jaye decided to continue her basketball career at Casper College,” said Dwight Gunnare, head coach for the Lady T-Birds, adding, “Jaye is athletic and has the potential to be a good shooter in our league. I believe that if Jaye works hard on her game, she has a chance to be a very good college basketball player.”

Johnson is the daughter of Suzie Williams of Casper and Phillip Johnson of Aurora, Colorado. Her sister, Gabby, played for Casper College from 2014 to 2016.