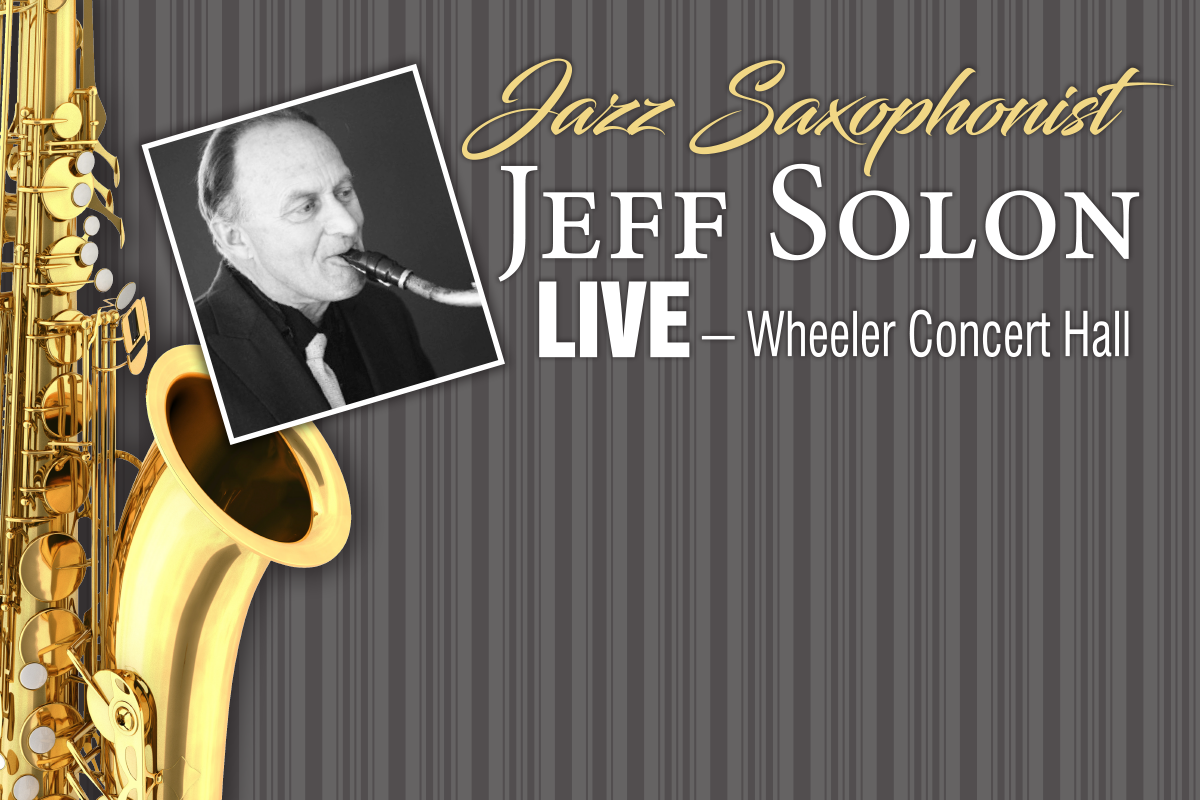 Durango, Colorado, based saxophonist Jeff Solon will present a master class at 4 p.m. and a concert at 7 p.m. on Wednesday, April 12 at Casper College. Both events are free and open to the public.

Solon, who regularly performs in the Durango, Telluride, Colorado, and the southwest mountain region with his jazz duos, groups, and swingin’ big band for 30 years, plays tenor sax, harmonica, and flute. He is immersed in the music of jazz as a soloist, composer, arranger, bandleader, and teacher, according to Joshua R. Mietz, D.M.A. and woodwind instructor at Casper College.

Solon’s biography notes that he began his professional musical career as a street performer, playing his way through Central and South America from 1980 to 1985. He has won several awards from the Colorado Council of the Arts, has been a yearly grant recipient from the “Durango Friends of the Arts” for his public-school assemblies and workshops beginning in 1993, and has been a four-time grant recipient from the Fort Lewis College Foundation for his work with the Durango High School Jazz Band. Solon has led three tours for the U.S. State Department to Latin America, has released 15 recordings, and also teaches jazz studies at Fort Lewis College in Durango.

The master class will be held in Room 123, and the concert will take place in Wheeler Concert Hall. Both venues are located in the Music Building on the Casper College campus. For more information call 307-268-2606.