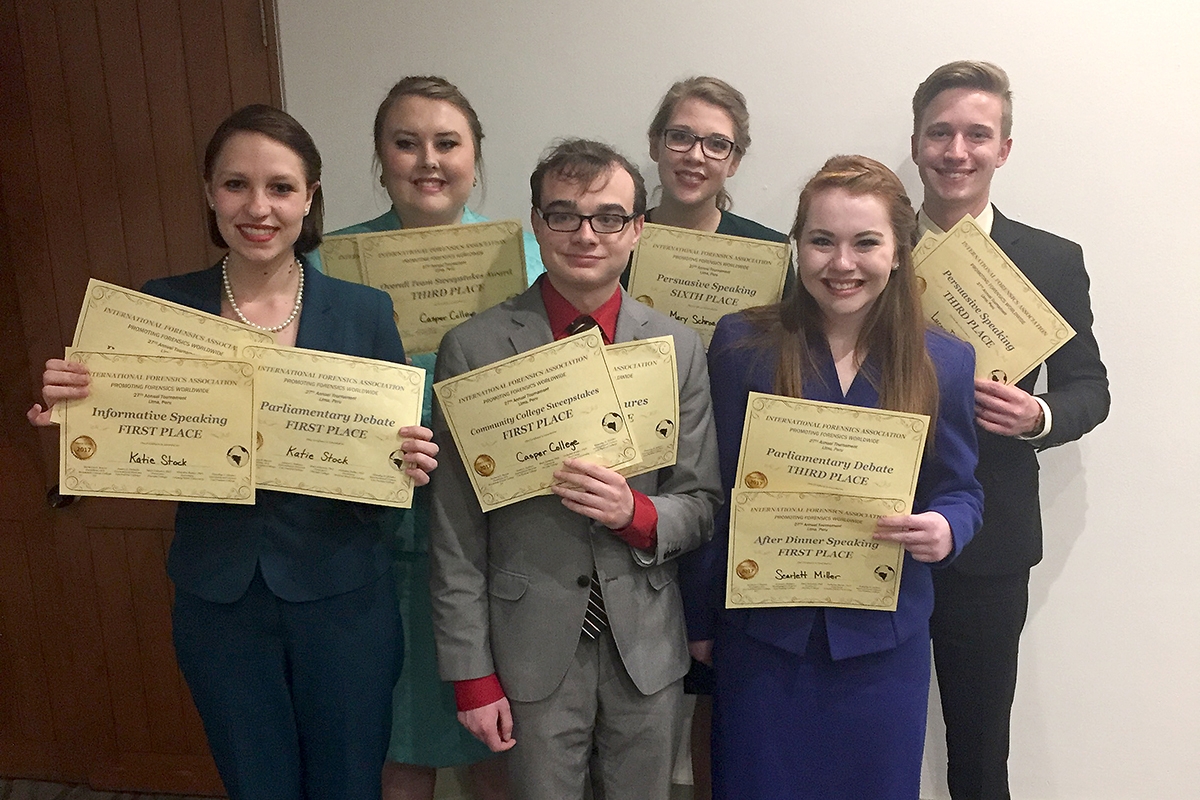 In addition to the team wins five sophomores were recognized: Katie Stock, Douglas, Wyoming, was champion in informative speaking, fifth in persuasive speaking, and along with Lucas Davis, Loveland, Colorado, was champion in parliamentary debate; Scarlett November Miller, Casper, was champion in after-dinner speaking and along with Elaney Elliott, Casper, placed third in parliamentary debate; Davis was also a semifinalist in impromptu speaking and took fourth in communication analysis and third in persuasion; and Drew Stratton, Casper, took fifth in Peruvian Treasures, which according to Jordan Johnson, assistant director of forensics, is an event “specific to the international tournament as it requires students to present research specific to the location of the tournament.” Freshman Mary Schroer, Casper, took sixth in persuasion.

According to Johnson, “the competition was tough and included teams from across the United States including top four-year programs like George Mason University.” “We are incredibly proud of our students,” said Doug Hall director of forensics, adding “the competition is always stiff at this tournament and the students took that in stride. Everyone is excited and ready to continue this success at nationals.”

The team will compete for the last time at the Phi Rho Pi National Forensics Tournament April 10 through 15 in Washington, D.C. where they hope to take the national championship in the Wheeler Division, named after Gretchen Wheeler, former forensics director at Casper College.