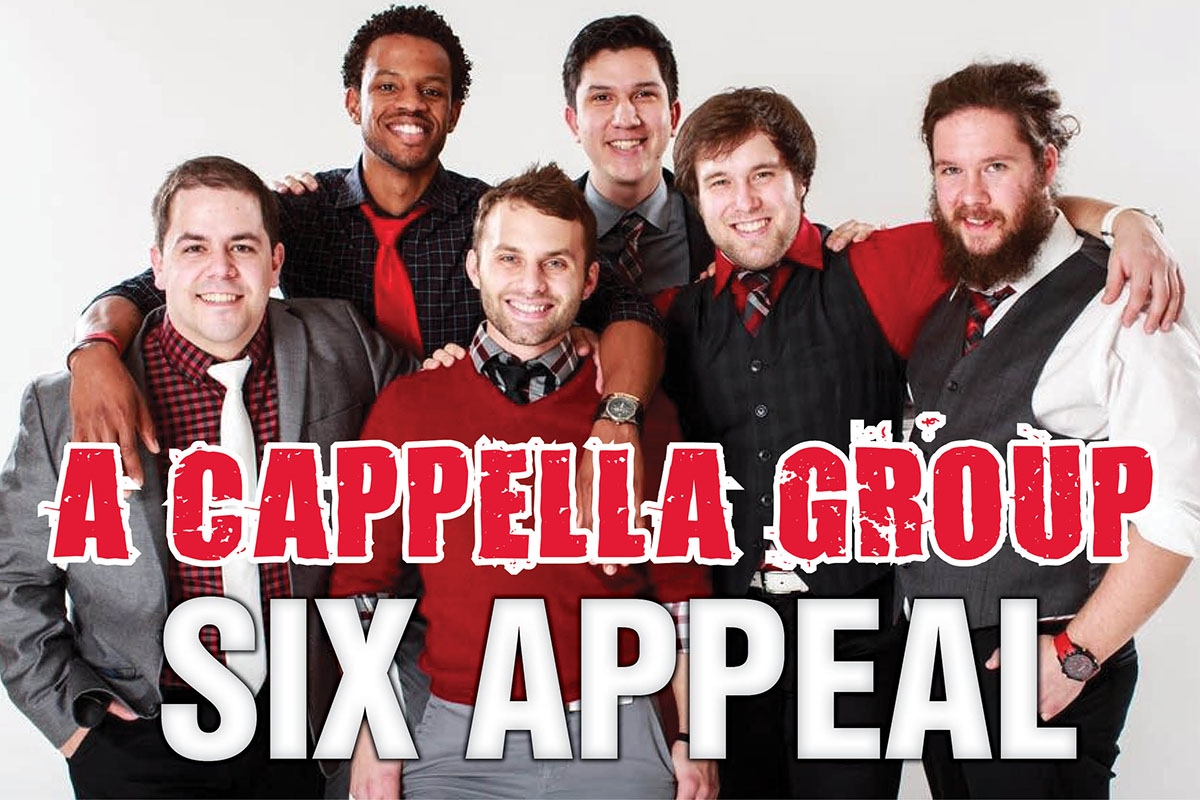 The a cappella group Six Appeal Vocal Band will be in concert at Casper College on Friday, April 28 beginning at 7 p.m. in Durham Auditorium. The concert is free and open to the public.

Six Appeal Vocal Band consists of Andrew Berkowitz, Michael Brookens, Nathan Hickey, Reuben Hushagen, Trey Jones, and Jordan Roll. The group’s website notes that despite their cheeky group name, the antics of these six young gentlemen provide a good-natured atmosphere for their electrifying performance. From coast to coast, the group has become known for their vivid musical style, unmatched energy, and playful charm. Their far-reaching repertoire spans a multitude of decades and genres, including pop, country, classic rock, jazz, R&B, and much more. In 2012, they won the title of National Harmony Sweepstakes Championship, securing their place in the a cappella community.