Strickland Makes the Most of His Time at Casper College 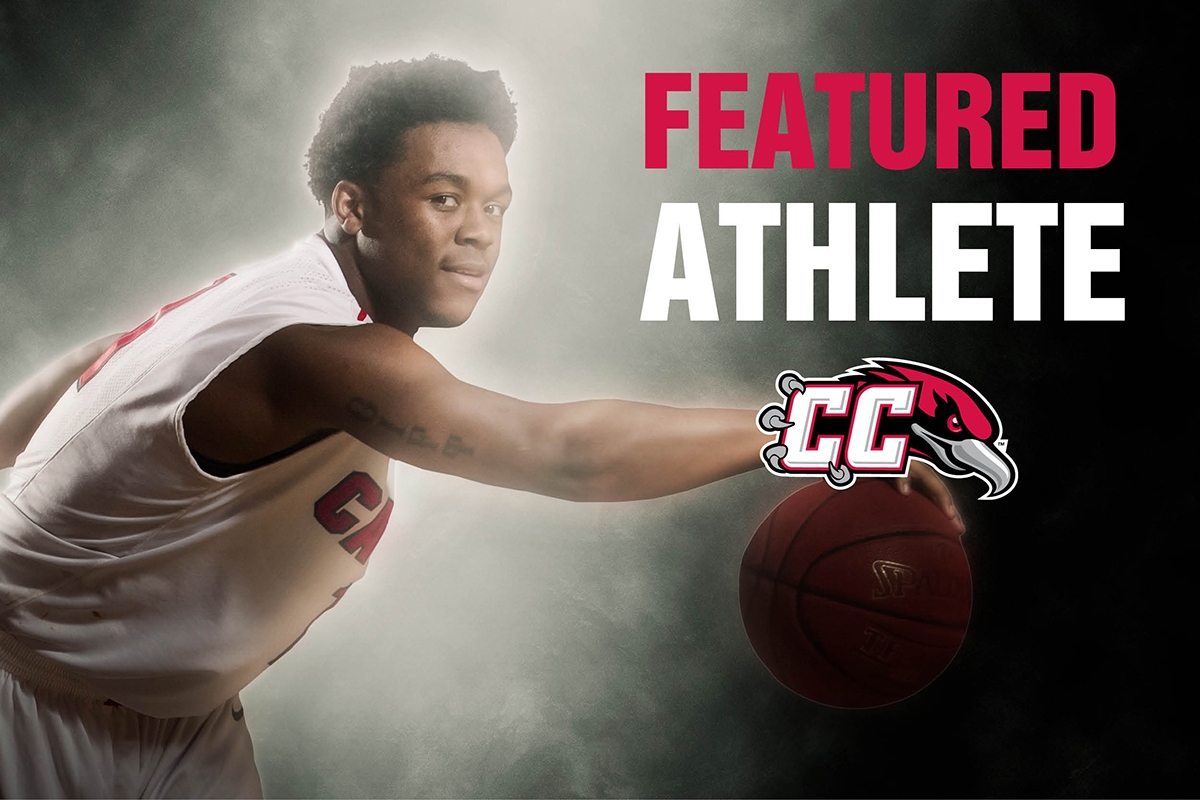 “I wanted something different from what I was used to, so I came to Casper,” says 5’10” sophomore guard Deante Strickland. Recruited by Thunderbirds Head Basketball Coach Dan Russell, Strickland has not been disappointed in the change.

“In my hometown of Portland, Oregon, it rains a lot. Here in Casper, it snows a lot. It is really green up there and more cowboyish and brown down here,” he says. But beyond the weather, Strickland says that he likes the environment at the college and the town, noting that, “Everyone supports the school and the activities that go on around here.

“Deante has tremendous leadership skills and is a very tough kid who has gone through a lot growing up to put him where he is at now. He has used his life experiences to become a very successful player here at Casper College. Deante has seized the moment academically, socially, and on the court and he has excelled as a T-Bird,” says Coach Russell.

Strickland says he would definitely recommend Casper College, saying that he has learned a lot about the different styles of living outside of his hometown. Still, he does admit to missing his friends, family, and “all the greenery of Portland.”

His favorite class to date has been Chad Hanson’s sociology. “Mr. Hanson has a different style. He got my attention and made it interesting every day.” A sports marketing major, he plans to “continue to play basketball and have it pay for my education” and eventually end up playing in the NBA. Following that, “I would like to be an agent for other guys that I will meet and have met through playing.” He currently has his eyes on two of his current teammates: forwards Josh McSwiggan and Octavion Corley. “I would like to be their agent as well as the agent for my younger brother who plays football.”