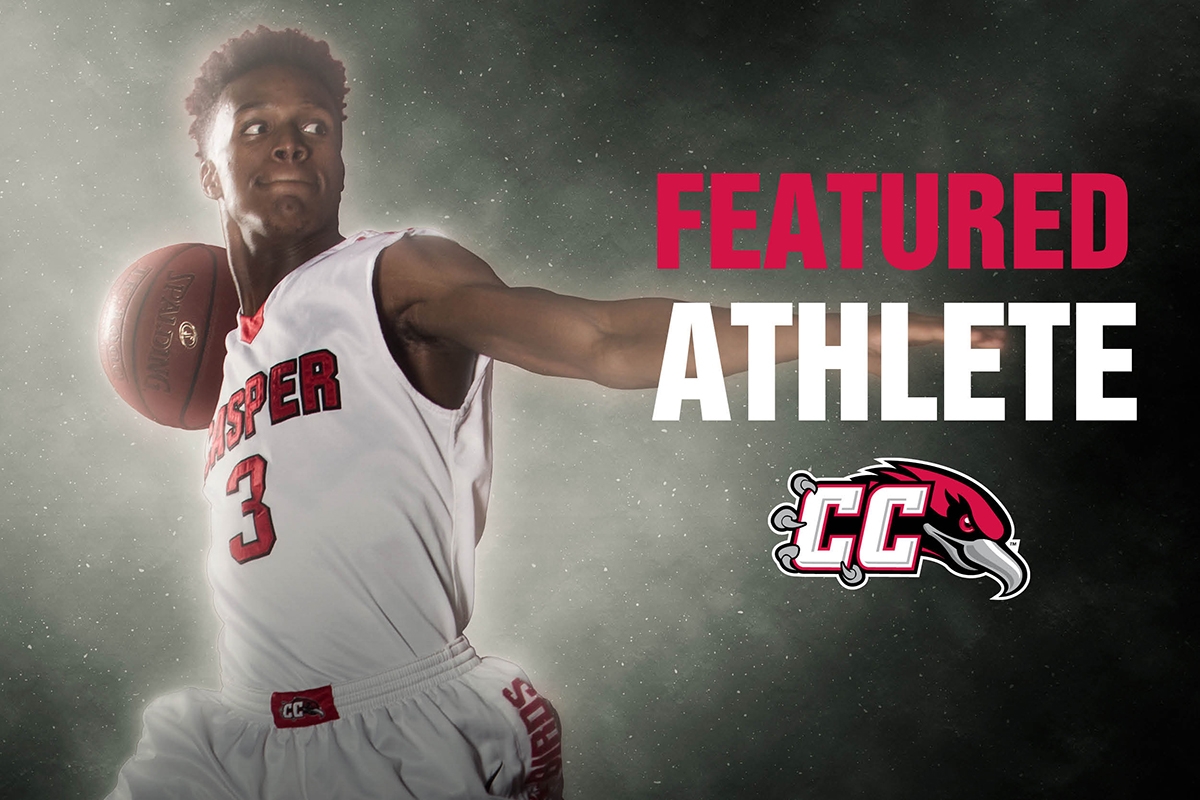 “Coach Russell recruited me to a beautiful place,” says sophomore forward Vincent Franklin of Harlem, New York. The talented 6’7” player’s two years at Casper College have been good ones and when describing what he likes about Casper and Casper College he quickly says, “The mountains and the great atmosphere, great faculty, and nice campus.” He notes too, the activities available for students on campus at the T-Bird Nest as well as the support the team receives from both the fans and the booster club “are excellent.”

Being from a large metropolis, Franklin misses the friends he grew up with and being able to walk to the corner store and having “everything open and really close.” Unlike his hometown, there are few corner stores, and nothing like a full-service store, within a block from the college in Casper.

Franklin is a big believer in Casper College and says he wouldn’t hesitate to recommend the school and the basketball program: “This is a really good program, and Coach Russell taught me a lot about myself. The slower pace here helped me to mature a lot.” For his part, Russell, head coach of the Thunderbirds, notes that “Vince has been a guy who always shows up and competes on the floor and has great effort and energy that he has instilled in his teammates in his two years here at Casper College. He has worked really hard in the classroom and is excelling on and off the floor for us. He is a very good kid and is very well liked and respected by his teammates and coaching staff.

A general studies major at Casper College, Franklin’s favorite class at the school is sociology. “Mr. Hanson, (sociology instructor Chad Hanson), is a cool guy and I learned a lot in his class about myself.” After graduation, Franklin will continue to play ball at a four-year school. Following school, Franklin hopes to have a long career playing professional basketball in the EuroLeague. “I want to play until I can’t play anymore and make the most money,” he says. Once his basketball days are behind him, Franklin hopes to become a sports manager to “help kids get to college on basketball scholarships, and maybe even be an agent for any who are talented enough to move on to the NBA.”