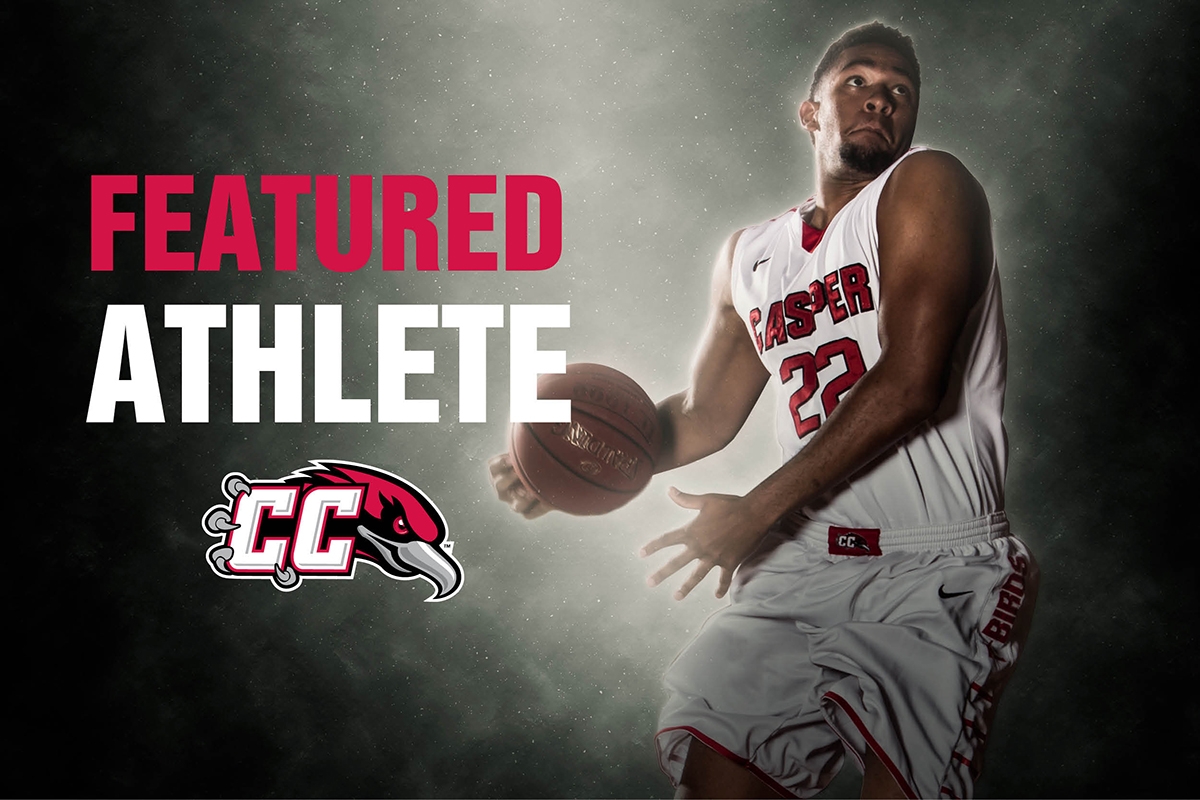 Shea Garland was originally slated to play basketball at a Division I school when he came to Casper College. “My grades weren’t quite up to NCAA rules, so the coach advised me to check out Casper College. I trusted him and took his advice, and I am glad I did,” says Garland.

Now that he has raised his grades, the Las Vegas 6’6” forward will continue to play ball at the university level.

The general studies major from Las Vegas plans to earn a degree that will enable him to help and be involved with animals. “I want to be involved in the saving of endangered species, and basketball will help me do that,” he says. But Garland also has other plans that include playing professional basketball overseas and then return home and start his own business in Vegas, an amusement park.

Like others on the team, Casper has been a big change from Las Vegas for Garland. “There is always something to do in Vegas, but businesses here close early,” he says. And then, of course, there is the weather. “I kind of miss the heat.” However, Casper has its pluses too: “I like how quiet it is and the open spaces. It makes you appreciate the city, but I do like the quiet and peaceful atmosphere.”

His favorite class is one he took as a freshman, English 1010 taught by Patrick Amelotte. “Mr. Amelotte’s is one of the best classes that I have been in. I really loved it, his class was fun,” he notes.

Garland is glad he came to Casper College and would recommend it to others: “This is a good community and the coaches have a program that will allow you to play, show off your talents, and hopefully move on to a four-year school,” he says.