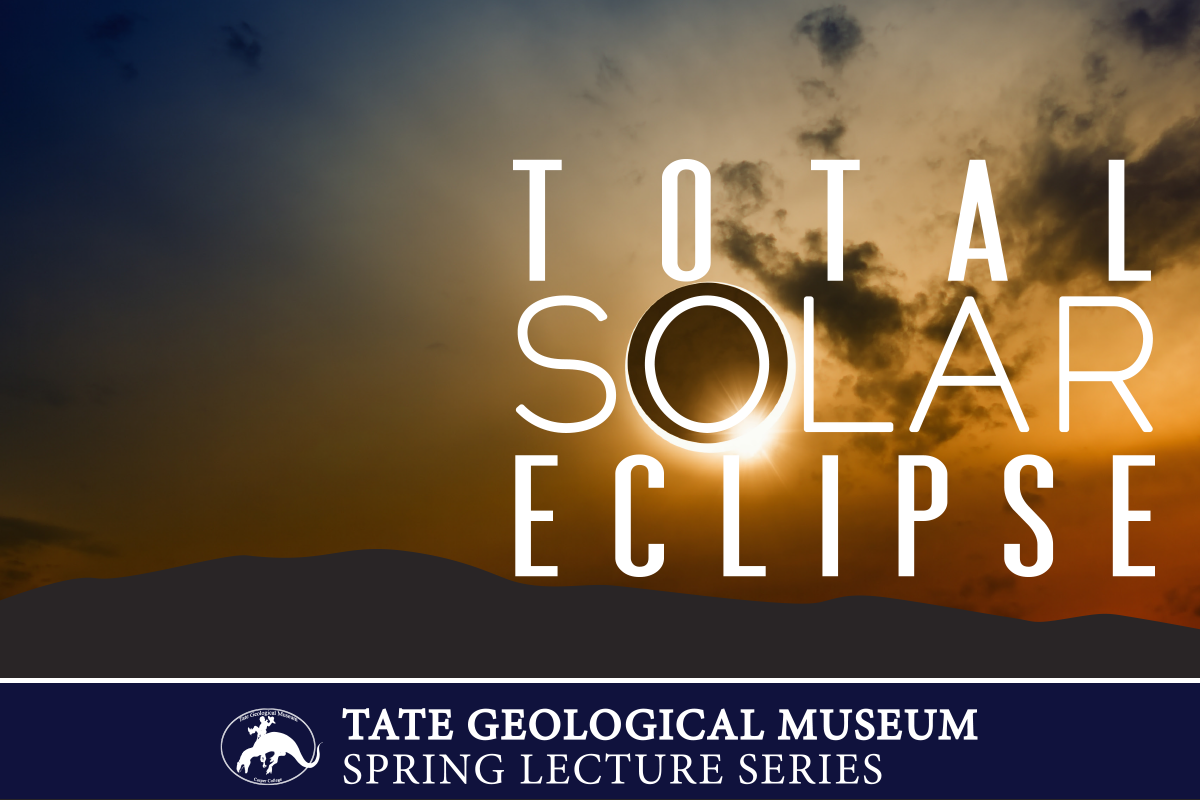 The Tate Geological Museum will look at “Science in the Public Eye” through three lectures beginning on Thursday, Feb. 16 at 7 p.m.

The first lecture titled “Total Solar Eclipse” will be given by Dr. Andrew Young, physics and astronomy instructor at Casper College. Young will discuss the total solar eclipse happening over the United States on August 21, 2017, and will explore the various aspects of historical significance for this astronomical phenomenon. He will also look at several science outreach programs in progress on a state and national level. Finally, he will discuss the essential features of safely viewing the solar event.

The other two lectures set in the series will include Emily Calandrelli, host of FOX’s “Xploration Outer Space,” on March 16. Dr. Donald Johanson, paleoanthropologist, will speak on April 20. Johanson is known for his discovery of “Lucy,” one of the most complete skeletons of Australopithecus afarensis, in the Afar Triangle region of Hadar, Ethiopia.

All presentations in the lecture series will begin at 7 p.m. and are free and open to the public. The first lecture will take place in the Wheeler Auditorium, Room 103 in the Wold Physical Science Center on the Casper College campus, the second will take place in the Wheeler Concert Hall on the Casper College campus, while the final lecture will be held at the John F. Welsh Auditorium at Natrona County High School.