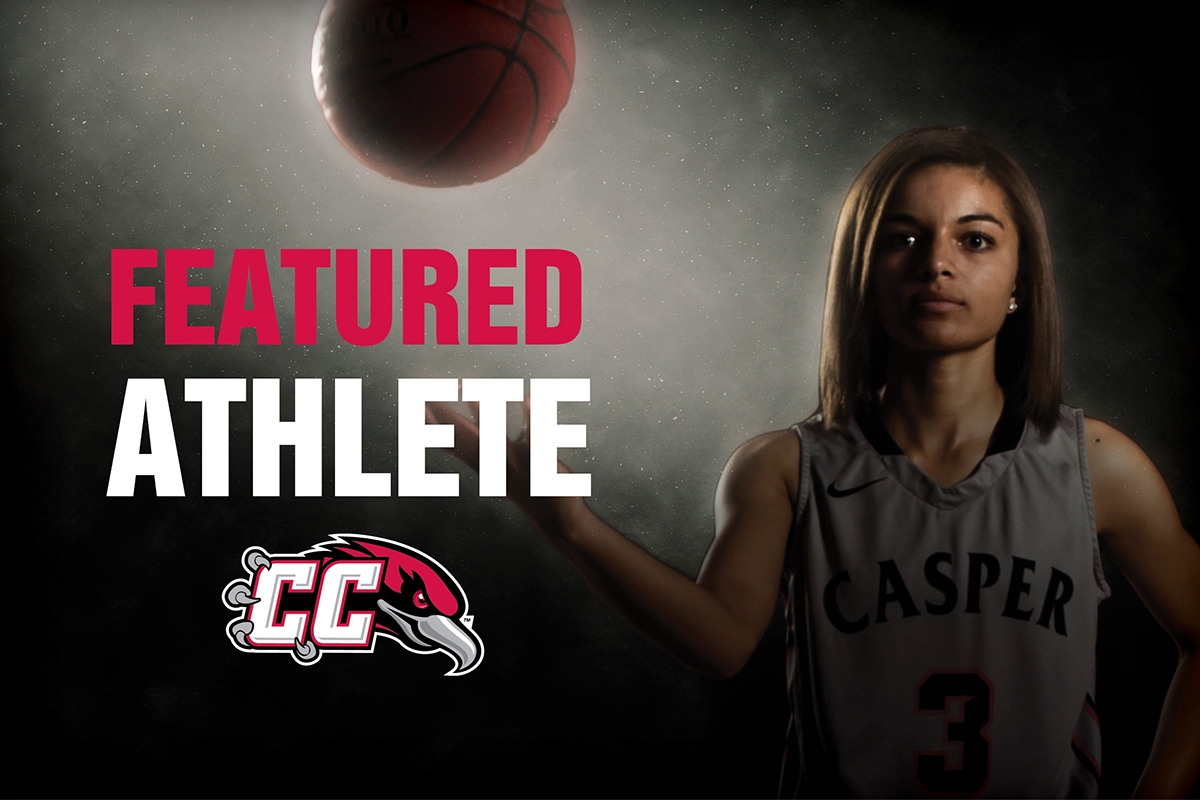 “I’ve wanted to play at Casper College since I was a sophomore in high school,” says 5-foot-5-inch Kayla Evans of Cheyenne, Wyoming. The sophomore guard heard good things about Casper College from a high school teammate who played for the Thunderbirds, adding, “Casper College is one of the best junior colleges out there, and I thought that I would fit in.”

In preparation for becoming a member of the team, she got in touch with and sent a questionnaire to the women’s head coach at the college, Dwight Gunnare. Apparently, Gunnare liked her approach and talent because he signed her to the team as a guard. Nearly two years later the coach is glad that Kayla wanted to play for Casper College: “Kayla has played a huge role in the success of our season. Her defensive efforts, energy, and communication skills have had a positive impact on many of our games. She also illustrates those same qualities in practice which makes our team better on a daily basis! Kayla has had a successful two years at Casper College and I have enjoyed being her coach,” he says. After graduation, Evans hopes to continue playing wherever “I get the chance to.”

Describing herself as “social,” Evans has enjoyed her experience at Casper College and lists “being able to make new friends and create new relationships with people not only from the United States but from around the world,” as one of the best aspects of attending. She says that it is due to the support of her friends and family that she is where she is now and notes that “I wouldn’t be here if not for their pushing and supporting me.”

A general studies major, one of Evans’ favorite classes at Casper College is “Gender Studies,” discovering that “there is a lot more to why married women act the way they do and it is a lot more complex.” She hopes to someday get into counseling or anything that would allow her to help people because as she puts it, “Talking people through issues makes me feel better and I just really like helping people.”