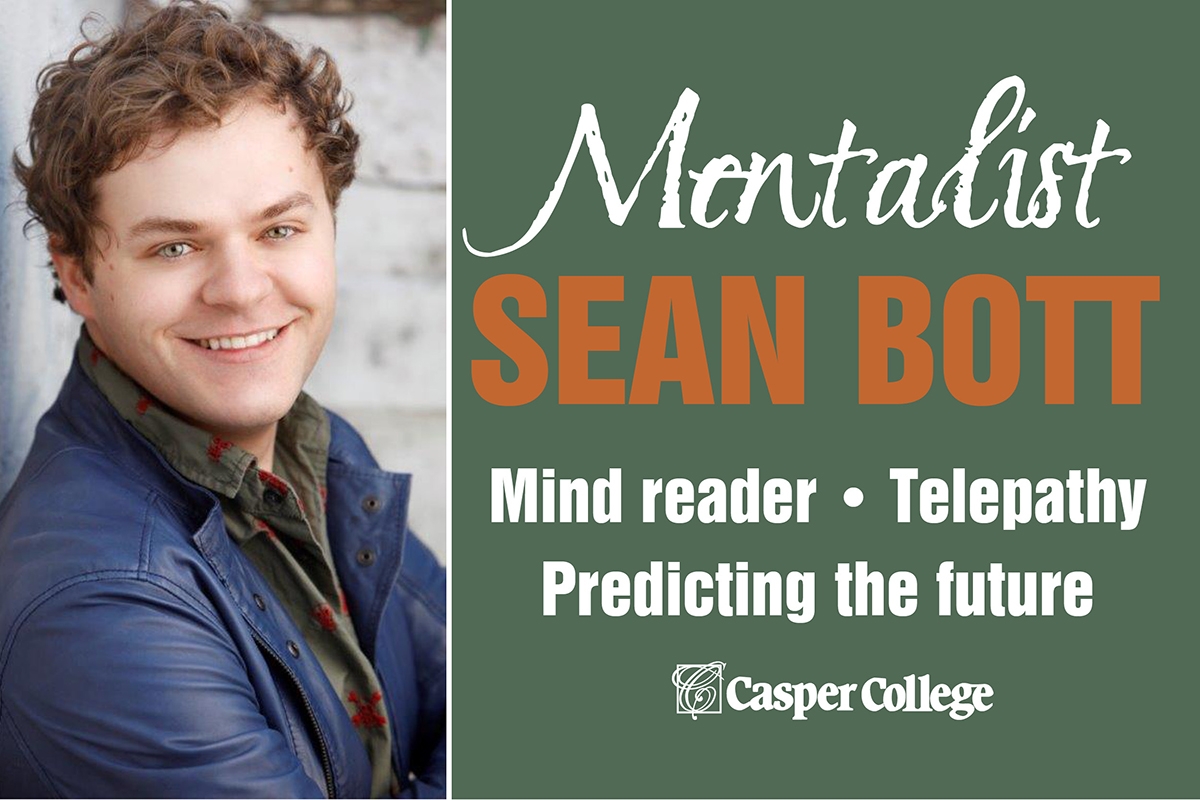 Comedy mentalist Sean Bott will be in concert at Casper College on Friday, Jan. 27 beginning at 7 p.m. in Durham Auditorium.

Bott, who the Los Angeles Times describes as “a crazy mix between Jack Black and Criss Angel,” combines mind reading, telepathy, and predicting the future into his show. Audiences love his blend of hilarious character and psychic entertainment, and although most agree his mental feats are awesome, it is his comedic timing, improvisational skill, and his funny character voices that win audiences over, according to his biography.

Bott’s performance is free and open to the public and will take place in Durham Auditorium, located in Aley Hall on the Casper College campus.