Five Questions: Landen Looks Back on a Labor of Love 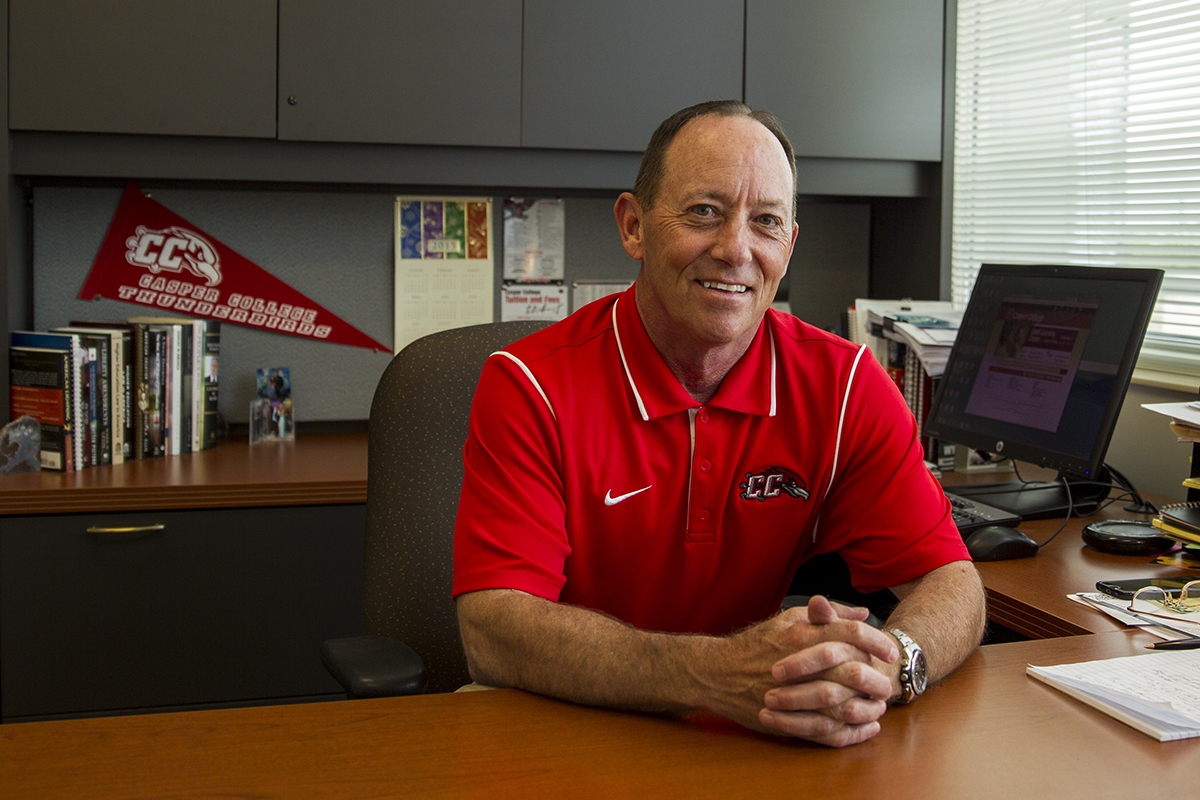 For the past 10 years Bill Landen (AS, ’76) has served as associate vice president of Casper College Student Services and athletic director. Prior to that, he served 20 years as the college’s public relations director. A 1976 Casper College graduate, Landen now serves in the Wyoming Senate representing District 27.

Question: In those 40 years what stands out?

Answer: During my 40 years of association with Casper College, so many memorable events, moments and, of course, people stand out. I have been blessed to have worked with every generation of the college. I met and worked with our college founders like Harold Josendal and Dr. (Tim) Aley. I can’t name them all but people like Bill Henry, Dale Stiles, Swede Erickson, Tom Clifford, Jim Milek, John Brady, LeRoy Strausner, and Tom Empey are just some of the names that really bring a smile.

Q:  Talk about your association with Casper College; how did it start?

A: I have always said that two phone calls brought and kept me at Casper College. One call I received from Arlene Larson, then the journalism instructor here. She wanted me to come to Casper College and be on the newspaper staff. I don’t think I would have attended college here had it not been for that personal phone call. I eventually became the Chinook editor, and loved my two years here. Not too many years later I was sitting at my editor’s desk at the Star-Tribune newspaper and Dr. (Lloyd) Loftin called me. He wanted to hire me to help create a professional public relations effort for the college. I accepted and was thrilled to come back.

Q: You have served in several capacities in your college career. What are some of the memories you will take away?

A:  I’m proud of the work we did to establish a professional public relations operation at the college. It was Dr. Loftin who supported the idea of an alumni association, so with the help of Norm Ball (former math and science instructor) I started one. Later we celebrated the 50th anniversary of the college, erecting the “Spirit of the Thunderbird” statue created by friend and alumnus Chris Navarro (’90). I actually taught journalism and advised the Chinook newspaper along with my role in public relations; it was a long year but the newspaper staff won a general excellence award in a regional competition. Of course there are a lot of fond memories of the athletic teams and times on radio, before and after I became athletic director.

Q: What has changed the most?

A: In my mind, two things have changed the most at Casper College. The culture has changed on college campuses everywhere and this one is no different. Social media and instant messaging, people on the go, and every student working means fewer conversations on the sidewalks. The second big change is the skyline. Casper College’s physical plant has grown tremendously and all those new spaces should really benefit our students.

Q: What message do you leave with colleagues?

A: Don’t forget that every day you have a chance to make a difference in someone’s life. That’s what Casper College does.