Successfully attending college long after you have graduated from high school is possible. “Everyone at Casper College helped me make it happen, and I know they can help others in making it happen, too.”

— Karol Santistevan, Casper College graduate (’99 and ’14). She runs her own outpatient occupational therapy clinic, Ropes and Roses Therapy Services, the same name she used for a business report back in the 1990s at Casper College.

Read Karol's story
Make an appointment with a career counselor 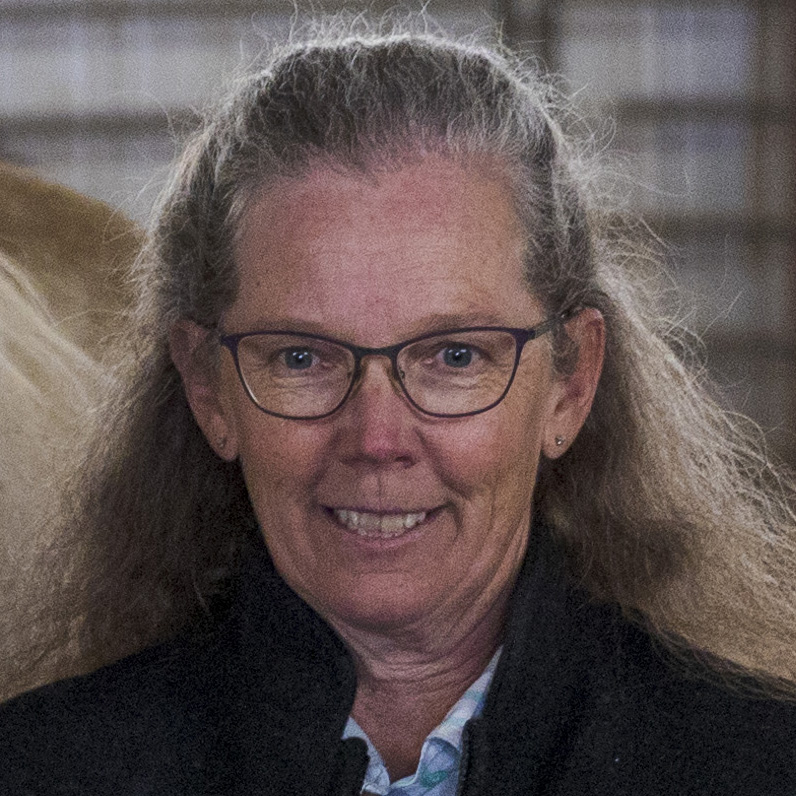 After graduating from Sheridan County High School, Karol Santistevan headed off to a university. “I went because I felt like I was supposed to,” she recalled. She attended for two years while working. She never felt like she got much out of those two years. Then her job at JB’s Family Restaurant in Laramie led to a promotion and relocation to Casper as manager of the Casper restaurant.

Santistevan eventually married and started a family. No longer working at JB’s, and after the birth of her child, she took on some temporary work as her husband often worked out of town.

Then she received a $500 scholarship from Casper College out of the blue. “This was a scholarship that I hadn’t even applied for, so receiving it, in my mind, meant that I should go back to college,” she said.

“I was expecting my second child and still working part-time when I started taking classes as I could at Casper College in 1993,” she said.

In 1999, she graduated with an Associate of Business in business administration and an Associate of Business in accounting. Those two degrees allowed Santistevan to land a full-time job at Ryall Electric as an operations manager. She received a promotion to the position of corporation and computer trainer. The new position required a lot of time traveling to the company’s headquarters in Denver. “I decided that that wasn’t what I wanted to do,” Santistevan noted.

What Santistevan did next was to pursue her life-long dream of opening a therapeutic riding center. She got a taste of what a riding center would entail when she answered an ad in the paper for someone to help train Special Olympics equestrian participants three months a year. “I did that for about three years and realized that I needed to get serious and start my therapeutic riding academy,” Santistevan said.

“I actually had a business report that I had completed in one of my business classes at Casper College for a therapeutic riding center that I called ‘Ropes and Roses,” she recalled. Thanks to that business report and her work with Special Olympics, Santistevan was able to put together the pieces needed to start her nonprofit business.

Instead of naming the nonprofit “Ropes and Roses,” she chose “Reach 4A Star Riding Academy.” She received business from Special Olympics and others who recognized the healing properties of horses for those with both mental and physical difficulties.

She decided to go back once again to Casper College while continuing to run her nonprofit. She received her Associate of Science in occupational therapy in 2014. But Santistevan had bigger goals: she wanted to open a therapy service. In 2018 she received her Master of Science in occupational therapy from the University of North Dakota by attending UND’s program on the Casper College campus.

Santistevan now runs her own outpatient occupational therapy clinic in Mills, Wyoming, Ropes and Roses Therapy Services, the same name she used for her business report back in the 1990s at Casper College. Ropes and Roses provides hippotherapy, also known as equine-assisted therapy. “Hippotherapy utilizes horse movement as a method to answer functional goals by concentrating on the psychosocial implications experienced by individuals with different diagnoses and challenges that impede occupational performance,” she said.

Successfully attending college long after you have graduated from high school is possible. “You just need visualization. Really dream it, and it can happen,” said Santistevan. “I started with a business plan that showed me how to make it happen. The more you can see the vision, the more likely it will happen. Everyone at Casper College helped me make it happen, and I know they can help others in making it happen, too.”

“There is a real sense of community at Casper College, just a bunch of people who want to help you. I was taken back by the support available to veterans and nontraditional students trying to achieve their higher education goals at Casper College and how diverse these students were. I was able to meet a lot of other veterans.”

Back in his mid-20s, Johnson wanted more for himself. “I am thankful for the encouragement I received at the time to go back to college. I was scared of academics but found that I was able to overcome that and succeed at Casper College.”