Read Liza's story
Make an appointment with a career counselor

Liza Womack: Graduated this past May with her Associate of Science in respiratory therapy 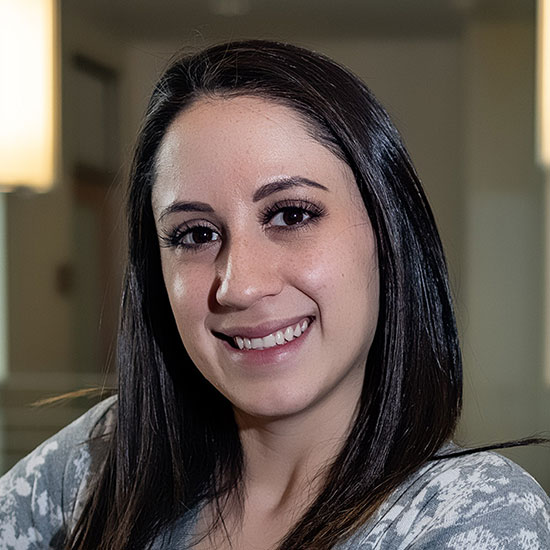 Liza — pronounced LEE-zah — Womack wasn’t a great student. In fact, she was on auto-pilot through junior and senior high, earning Cs and Ds in class, except for an A in PE. She was done with school when she graduated from Kelly Walsh High School in Casper, Wyoming.

“I was kind of at a point in my life where I was just, you know, kind of making bad decisions and wanted to hang out. I didn’t even attend my graduation. I knew I had all the credits I needed to graduate, so I stopped going to school, moved out of my parents’ house, and just kind of fell into the wrong lifestyle for a couple of years,” she recalled.

Womack spent a month in jail and then was sent to rehab for 90 days. For those 120 days, she was addiction-free. “Getting that window was huge for me because it’s tough to try to quit using when you’ve been using for three years every day. I think that break was what I needed to regain my head and thoughts and just realize where I wanted to go. Rehab was also a huge thing for me to make me want to change,” she noted.

Womack and her daughter moved in with her parents. She attended both Narcotics Anonymous and Alcoholics Anonymous meetings. “Those helped me out quite a bit because I was able to meet other recovering addicts, and we were able to be there for each other and help each other out. That helped me get through drug court,” Womack said.

Womack was now on an entirely new trajectory. “I always knew I didn’t want to live like that. I felt that I always was made to do something great. But at that time, I just didn’t know what it was,” said Womack. She also knew that she wanted to be a good mother. “I grew up with a good mom. And through my addiction, I’d seen so many mothers that weren’t very great to their children, and I didn’t want to be like that.”

Back home with her family, Womack found encouragement through her mother, who suggested she attend college. Womack had always wanted to be in the medical field, so after visiting with a Casper College representative, she enrolled in the radiography program. However, she found the perfect fit career-wise after listening to a presentation by Doug Neubert, the director of the college’s respiratory therapy program. “I felt like it was more me,” Womack said.

When she graduated this past May with her Associate of Science in respiratory therapy, Womack had a 3.98 GPA, and her confidence was at an all-time high. “I think it’s very important for single mothers to know like, yeah, it’s scary, but there are so many resources at Casper College. There’s so much help. There’s a daycare; there’s a single parents program. There are so many people at Casper College willing to help get you to your goals.”

Successfully attending college long after you have graduated from high school is possible. “You just need visualization. Really dream it, and it can happen,” Santistevan says. “I started with a business plan that showed me how to make it happen. The more you can see the vision, the more likely it will happen. Everyone at Casper College helped me make it happen, and I know they can help others in making it happen, too.”

Back in his mid-20s, Johnson wanted more for himself. “I am thankful for the encouragement I received at the time to go back to college. I was scared of academics but found that I was able to overcome that and succeed at Casper College.”